Number of Uzbekistan cities at the beginning of 2016 are calculated 119 subjects, most of which are located in the eastern part of the country. Cities of Uzbekistan in its beauty, size, historical heritage, industrial power and a number of other factors have no counterpart in other countries of Central Asia. Half of the population of Uzbekistan live in the cities, what about the degree of development of the population and the country. The largest city is the capital of Uzbekistan – Tashkent city and after it Samarkand, and so on .. The list is below. 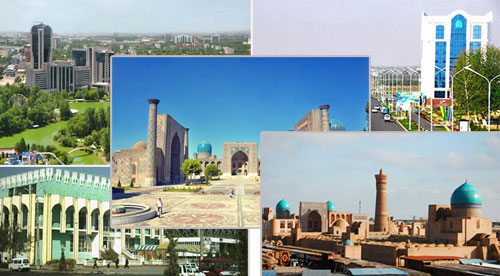 In Uzbekistan, a lot of cities has more than a thousand years status of the city, such as Samarkand, Bukhara, Andijan, Margilan, Kokand and Jizakh. It means that, the city of Uzbekistan has a large age and their contribution to the development of human.

Cities of Uzbekistan (Population in thousands.):