Transport of Tajikistan is an integral part of its economy, and plays a crucial role in the national economic complex of the republic. The country is landlocked and in its development is highly dependent on foreign trade and business development in the field of agriculture and industry is dependent on export and need fast, reliable and inexpensive way to transport. The Republic of Tajikistan has the least developed transport sector among the Central Asian countries and is among the world’s countries with the highest transport costs. 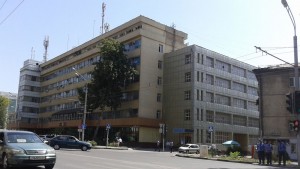 Photo of Ministry of Transport RT

It is the main element of the so-called industrial infrastructure, ie the aggregate industries that do not create a new real products, but providing the necessary general conditions for the normal functioning of the economy.

In modern conditions when sharply increased the scale and complexity of the national economy the role of industrial infrastructure, particularly transport, increased significantly. In Tajikistan, the special role of transport infrastructure is defined, moreover, difficult mountainous terrain (93% of the territory is covered by mountains – over 300 meters, including the highest mountain in the world) and a considerable distance from the central regions of the country.

Start building the transport system of Tajikistan belong to the mid-20s when the solution of transport problems was crucial for the whole process of economic and social development of the young republic. In 1926 -29 years built railroad Termez-Dushanbe (225km.), Decided republic communication problem with the railway network.

In 1929-1391, the narrow-gauge railway was built Nizhny Panj – Head for the construction of transport services Vakhsh irrigation canal, and then transformed into the other common areas. In the same period they were built the most important for the country and the first in its territory roads, provide internal economic ties, especially in the southern regions (Dushanbe-Termez, Sarai-Qamar – Kulyab, Dushanbe, Kurgan-Tube, East Pamir highway Osh – Khorog, Dushanbe-Khujand, later – Big Pamir highway Dushanbe – Khorog). In 1924 he opened the first aerial line Dushanbe – Tashkent. 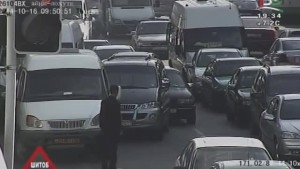 During the prewar five-year was essentially created the backbone of a modern network of Railways of Tajikistan, geography which later changed little. Creating your own transport in such a short time it has been possible thanks to the comprehensive care of the fraternal republics of the Union government, headed to Tajikistan qualified personnel, facilities, material and financial resources. During the initial formation of the transport network for this purpose was spent the vast majority of capital investments (for the first five years about 40% of total national economic investments of the republic).

In a short historical period Tajikistan has evolved from the edge of the classic off-road in the country of modern transport, had come from the mountain trails and caravan paths to modern motorways and airways. republic territory includes 474 km. railways, more than 14 thousand kilometers of roads (including 11 thousand km. of paved), 420 km. narrow gauge railways; more than 70 thousand km. overhead lines of national significance, there are more than 300 km. railway sidings broad and narrow gauge. 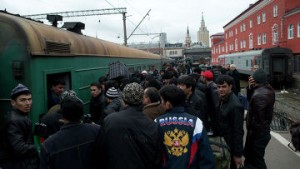 In the transport sector of the republic the main role belongs to the road, rail and air transport. External, cross-becomes a transport and economic relations are carried out mainly railways standard gauge, and in passenger traffic and air transport. Intra-communication are found mainly in road transport with a noticeable participation of the narrow gauge railway. Part of the transport of goods and passengers within Tajikistan also provides railway transport, and in intra-passenger transport (even at relatively short distances) the increasing participation of civil airline receives.

Tajikistan Aircraft in the photo

For all this, the country needed to borrow hundreds of millions of dollars from foreign donors including the Asian Bank for Reconstruction and Development. It was possible to build a new tunnel linking the north and south of the country, as well as to build a tunnel Chormagzak shortening and Fitting Your risk for movement of transport Hissar Valley and Kulyab region.

The country has no maritime transport, but there is a certain amount of water transport, and they exist in large rivers such as the Sirdar, Panj and Vakhsh to catch fish, and rarely for the movement of people.