You need to find cheap, convenient, profitable or best flights for a trip to Moscow from Tashkent – the capital of Uzbekistan or vice versa to the Russian capital – then this information is very useful for you because it contains flight schedules, the list of airlines, ticket prices, dates Arrival and departure, as well as nuances of this subject. The distance from Moscow to Tashkent is 3,395 km along the earth and a straight line over the sky of 2790 km. And to reach these cities in one direction it takes 4 hours 10 minutes approximately. 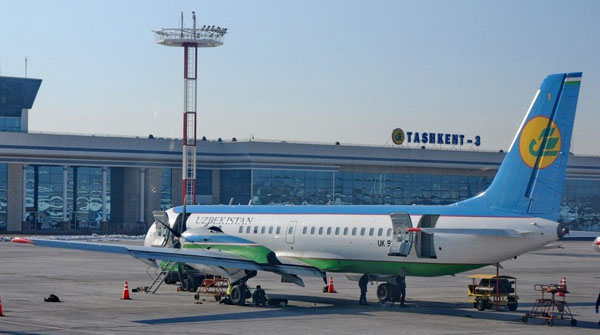 First: It should be noted that on the Internet you can meet a lot of information on the sale of air tickets among which there are scammers who sell fictitious tickets at attractive prices. Also there are many advertisements for the sale of tickets in the direction of Tashkent-Moscow or Moscow-Tashkent tickets which can be purchased online without the physical exit from home in electronic format. Here, too, it is worth to be sensitive as some lose from the price rate, although it is convenient and prompt.

Secondly: Please note that only a limited number of airplanes of certain airlines in the number of national and foreign (foreign) flights fly from Tashkent to Moscow or vice versa. If you are offered tickets of others, companies that are out of the list which is below then react to this information with care and double-check through several sources.

From this list the most – the cheapest tickets are sold to companies: Uzbekistan Havo Yullari, Ural Airlines, Turkish Airlines, C7 Airlan and Air Astana for direct flights.

Business-class tickets are sold to companies: Aeroflot, Air Baltic and Belavia. As for luxury tickets, Lufthansa and Koreane Airlines are sold to all of this, depending on the fact that they carry out transit flights through various countries-cities, which subsequently affects the cost price of the ticket price at times (1-2).

Prices for flights (Flight Tashkent Moscow): The cost of air tickets in the directions of Tashkent Moscow or return flight depends on various factors including seasonality, type of airline and type of ticket (standard, business or luxury).

Tickets Moscow Tashkent: Usually the prices in the winter in January and February are lower than in other periods of the year as it is caused by the flow of labor migrants from Tashkent to other cities of Russia. Usually 85% of the population of Uzbekistan buys air tickets of Russian, Uzbek and Kazakh airlines as they sell their services for transportation of both live cargo and goods cheaper.

Flights from Tashkent to Moscow are carried out daily by various airlines, and the price of tickets ranges from 100 to 900 US dollars and this concerns the financial year 2017.

As you know, planes from Tashkent fly from 2 airports including Tashkent International Airport named after Islam Karimov with the possibility of servicing 2 million people per day. And they arrive in Moscow to Domodedovo, Sheremetev or Vnukovo airports.

Call 24 hours a day to get help or booking tickets.

The flight schedule for today, tomorrow or for a month on Moscow-Tashkent flights can be obtained from the Tashkent airport website at www.uzairways.com where there is a schedule chart or call the aforementioned phone numbers. Aeroflot!

PS: Flight HY 601, Tashkent – Moscow
Uzbekiston Havo Yullari
Airline tickets HY 601 Tashkent – Moscow airlines Uzbekistan Havo Yullari can be bought on Tutu.ru for 7 minutes. Look at what dates it flies, the time of departure and landing, the type of aircraft, the travel time, the cost of the ticket.

Which airline should I choose?

To register for the flight Tashkent-Moscow you will be offered at the airport “Tashkent-Yuzhny” (TAS), where you can take buses 45, 32, 11 and express buses 77 and 94. Here you will be able to buy in duty-free shops, exchange currency In the appropriate places, order a short tour in the tourist bureau (if you have enough time before departure), have a snack in food establishments.

It’s better than going by train since you can get there faster and more comfortably.