In the British Museum are stored unique treasures, called the Amudarya treasure (or “Treasure of Oaks”). The treasure was found in 1877 on the right bank of the Amu Darya (in the Greek period it was called Oaks). The find consisted of more than 2000 gold and silver coins, gold articles of IV – III century BC. Local residents who found the treasure, sold it to merchants going with a caravan to India, from there the treasure got to England.

Now back in our day, more precisely, thirty years ago, in 1976, when archaeologists began excavating the site of ancient settlement in the tract of Takhti Kubad (34 km from the village of Kabodian, at the confluence of the Vakhsh and Pyanj rivers). This stone fortification, called the archaeologists Tahti Sangin, turned out to be truly unique. In the very center of the ancient settlement was excavated an ancient temple, called the “Temple of Ox”. At one time he was dedicated to the Deity of the river, the cult of which existed here since ancient times. 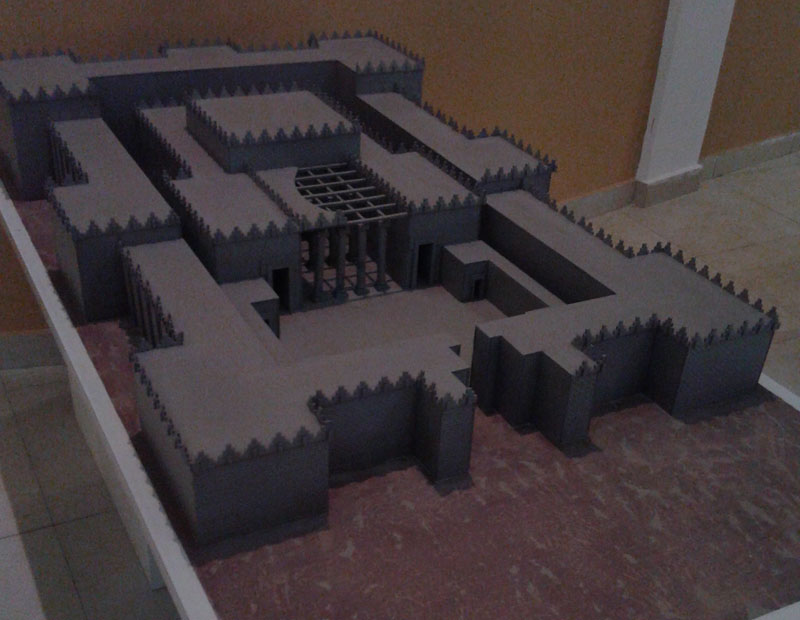 In a huge temple, built in the IV-III centuries BC and continued to exist in the first centuries of our era, were found amazing finds. Most likely, these were the gifts of parishioners to the temple: the image of the bust of Alexander the Great in the guise of Hercules, the scabbard with the image of a lion holding a doe, the casing of caskets made of ivory and decorated with engraved drawings, the largest collection of arrowheads in Central Asia (more than 5 thousand), weapons and weapons of the soldiers of the Greco-Macedonian army. There were also fragments of bronze helmets, which were gilded from above, this created the illusion that they were made of pure gold.

By the way, the “Oksa Temple” itself is quite well preserved in architectural terms. During 15 years of excavation, more than 5,000 finds of Greco-Bactrian time were made on Takhta Sangin. During this time, archaeologists and scientists finally came to the conclusion that there is a direct and direct connection between the Amudarya treasure (Oka’s “Treasure”) and the “Temple of Ox” in Takhti Sangin, since the place of treasure hunts and the place of the temple are one and all treasure items ritual significance. Apparently, with some kind of danger, the gifts from the temple were taken away and hidden near the river bank. Ruins of ancient settlement Takhta Sangin can be seen today in the picturesque valley of the Panj and Vaksh rivers, and the finds of the Oksa Temple in the museums of the capital.