Tajik national dress – are unique clothes for girls and women in Tajikistan has a long history. Tajik dress dresses mainly Tajiks, Uzbeks, Afghans and some other nations living in Central Asia and the peoples of the world have a relationship with these people.

Tajik dress in the photos:

Video of the Tajik dresses and clothes

Chakan. The most classic of Tajik girls dress is “Chakan” which has great patterns and it can also call Popuri. The price of these dresses is from 20 to 500 and her dress a girl in the spring holidays in particular holiday Navruz. Sometimes in Chakan Dress dancer to perform at the special cultural events.

Stitching Chakan is between 3-7 days depending on the design of which will be in it sewn with a needle and colorful threads by hand. Modern machines can sew these dresses quickly but then they are called Popuri (modern Chakan).

Atlas – more than Chakan young and too fashionable material for sewing dresses for girls in Tajikistan. The Atlas of the bride and groom dress up the girl and almost all women except for the elderly in the holidays.

Atlas Price ranges from 15 to 200 US dollars for one dress. Atlas appeared in Tajikistan in Soviet times and has gained popularity since 1970-1980 years.

To sew a satin require from 1 to 5 days and satin material compared Chakan less strong and therefore protect it from dirt. Atlas is a silky material and it is distinguished by its vividly colorful beauty that is peculiar to the liking of Tajik girls.

Gulduzi – even more new Tajik dress which is also called “Kurtan Vishifkador”. It appeared on the market after the acquisition of independence of Tajikistan. This dress can be worn every day, if you are going on a visit to the city during the holidays, or abroad. Patterns are made to the machine in such an incredibly beautiful dresses but some rough because of the introduction of excessively different stones, synthetic fibers in the material, it becomes hard and not pleasant to the touch. Gulduzi Washing clothes is very risky because of its beauty can quickly deteriorate and therefore it is very neglected.
Price gulduzi dress is from 15 to 200 US dollars and to make a pearl must be 2-10 days, which is considered to be time consuming.
In other cases, a Tajik usually dress in simple dresses which called Paplin or chitakov which is mainly imported from China or Turkey. 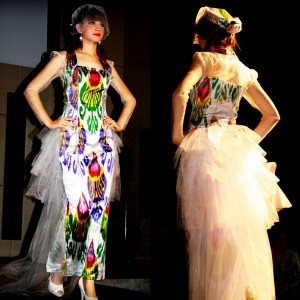 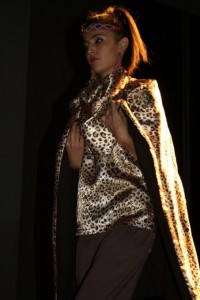 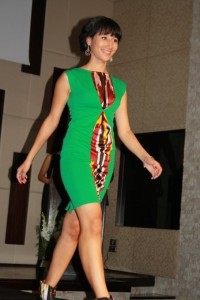 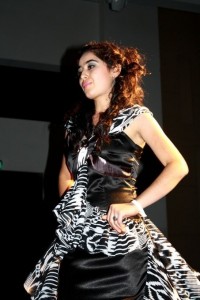