Rasht – one of the mountainous district of Tajikistan, located in the geographical center of the country with an area of 4 612.9 km² formed 10-th March 1931. Today Rasht district has a population more than 109 thousand. People are mostly Tajiks. 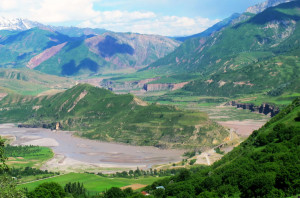 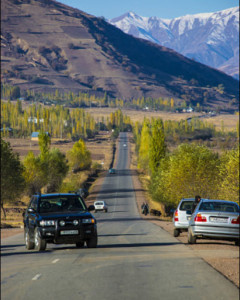 Geography: Rasht district is located on the right side of the river Surkhob between ridges Karategin and Peter I. The distance from Rasht to the country’s capital – the Dushanbe city, which is located to the east of it is 185 km. Altitude is in the territory of Rasht from 1300 to 2400 meters. Geographic coordinates: 39 * 01 north latitude and 70 * 22. The weather in the summer heat and little air temperature reaches up to + 38-40 degrees. Winter is harsh and cold can reach up to – 35 degrees Celsius. Annual rainfall there except July and August, and their total volume reaches 1000-1500 mm per year.

History: Rasht known since the Middle Ages as one of the settlements on the Great Silk Road, the capital of the historic area Karategin in the mountains of Pamir-Alai. Tajik district name “Noҳiyai Rasht (Ғarm).”

Previously, the area was called Garm. On October 27, 1939 to August 24, 1955 The region was part of the Garm region. Decision of the Parliament No. 190 dated 28th April 2001 renamed the Rasht district, in memory of the historic area. The district July 10, 1949 was the strongest earthquake in the history of the area is recorded. Also in the district in 2010, there were clashes with the Tajik armed forces units and the Islamic Movement of Uzbekistan in 1992-1996 as a result of civil wars that killed thousands of civilians.

Map from the satellite of Rasht district

The people, the economy and education

People grow very hardworking and religious. Residents of the area are mainly engaged in potato growing (40 thous. Per year) and in particular the cultivation of fruit pears and apples are known for their weight in Tajikistan and even abroad, since this region Bole climate-friendly horticulture – vegetable growing. The population pays special attention to education and in this regard operate 108 schools. United States formed the American educational center in the town of Garm. It operates in the area and Pedagogical Institute which trained thousands of students in the Rasht Valley, but no industry. Zone mobile and internet works since 2005.

The song – music about the girls (Duhtari) Rasht