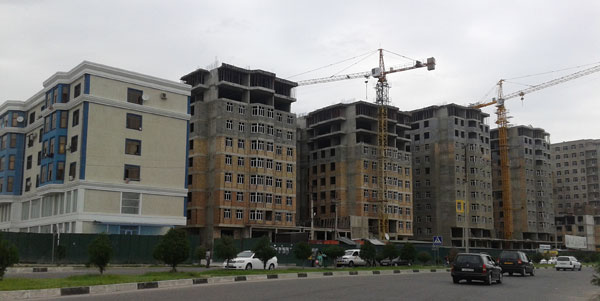 Now go through the segments in which this article describes the details for buyers of apartments and houses. And also there is an analytical information in which detailed details on the years and geographical areas of the city of Dushanbe. And so they drove:

How much does a 1-room apartment cost in Dushanbe – the capital of Tajikistan?

One-room apartment in the capital of Tajikistan according to the average statistical data of 2017 is between $ 18,000 and $ 30,000. The price range depends, as in other countries, on a number of factors including: number of storeys, year of construction, condition, quality of finishing, number of floors, territory and a number of other indicators. Usually in the market of the city of Dushanbe, about 20% of the purchase and sale deal belongs to this category of housing, since the main segment is the young people who are more in demand for such apartments. One-room apartments are about 27-35 square meters that were built in Soviet times. Also in new buildings that were built after the independence of Tajikistan in general are widely-sized and make up about 40-70 square meters that at a price can reach from 20 000 to 30 000 dollars and this refers to apartments that are completely unfinished or unfinished.

The price of 2 (two) bedroom apartments in Dushanbe

Demand for 2-room apartments in Dushanbe is less than than for 1-room and 3-room apartments and their price is about 25 – 40 thousand dollars as of 2017. Buyers and users of this segment are visitors to the family who have 1-2 children. But they do not want to settle in such a dwelling for a long time, since ordinary Tajiks can not receive guests because of their limited size. The sizes of the 2 rooms that were built in the last century are 32-42 square meters and among them the most popular are Khrushev (1955-65) and Brezhnev (1965-1985), which make up about 45-50% of the total number of such housing. 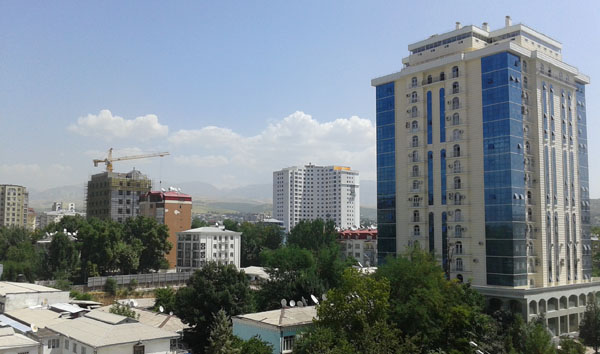 Apartments 4 and 5 (four and five) room

Users of the 4th and 5th bedroom apartments are usually a rich family or a large family who previously changed their small-sized dwelling to a more widely-sized dwelling. Prices for 4 – 5 rooms and apartments in the city of Dushanbe, according to the actual data that flow from the price of supply and demand or purchase and sale transactions are about 60 000 to 300 000 US dollars (usually 80 thousand). Usually, expensive apartments are sold in the center of the city in new buildings and can be found both on a turn-key basis and empty ones that do not have a finish (without a door, windows, a bathroom, plaster, tile, etc.). Dimensions of these rooms range from 75 square meters to 200 square meters.

As for the 6th and 7th bedroom apartments, they practically do not exist in the city. Those who need large hatchways or huge housing then they buy them both in the city center and in the outskirts.

Price – the cost of a house in Dushanbe

How much does a house cost in the capital of Tajikistan – the city of Dushanbe? The buyers of the house and cottages in the market make up about 15% of the total housing space of the capital. The cost of houses in Dushanbe is usually about 100-120 thousand US dollars but can also meet surprisingly cheap ones that can be 30-50 thousand and incredibly expensive which have a cost of up to half a million dollars and even more. 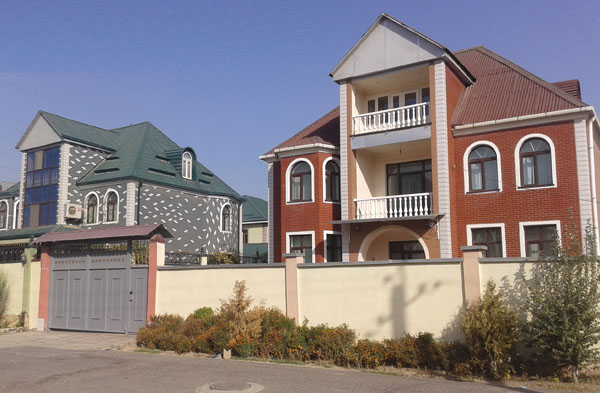 The main elite houses are located in the outskirts of the city of Dushanbe which have about 5-10 acres of land with the construction of 2-3 storey houses with a volume of 150-300 square meters. The most famous places where beautiful towns of elite houses are located next to the US Embassy, Kolhozi Russia, Kalenin Village, Korvon Market and the western part of the city (hectares of traffic police).

* – The price of housing in Dushanbe after the collapse of the Soviet Union fell tens of times and fall for a penny. This was due to the massive migration of Russians, which accounted for about 50% of the population of Dushanbe and because of the civil war as a result of which the country’s economy was badly damaged.

In recent years, 2015-2017 years. Prices fell due to a drop in the purchasing power of the people of Tajikistan who had a basic income due to labor migration to Russia. That is, the price of oil fell in the world 2 times, which affected the profitability of Russians and the currency of the Russian Federation and this significantly affected the profitability of Tajiks who sent their earnings to Tajikistan.

Dynamics of average prices for apartments in the city of Dushanbe (the capital of Tajikistan) from the Soviet times to 2017 per dollar.