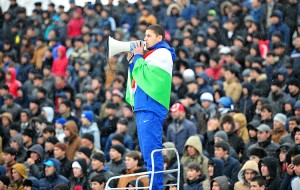 Out of the total population of Tajikistan 85% are Tajiks, the Uzbeks 14%, and 1% other nationalities. The level of urbanization is 30% (population of cities in the country).

The proportion of men in relation to the total population of Tajikistan is equal to 50% of the average duration of their age equal to 69 years, which is slightly less than Kirgizistane, Uzbekistan or Kazakhstan this figure. The birth rate in Tajikistan is on average 600 child per day, while the mortality rate in an average of 150 people per day.

As can be regarded as mainly young population of Tajikistan as half of the population are between the ages of 15-50. The average rate of the Tajik population growth in recent years was not less than 1.9% per annum, while the number of child deaths is equal to 6.5 persons to 1 thousand. More than 1 millions Tajiks currently live and work in Russia and more than 5 million in Uzbekistan, including Bukhara and Samarkand cityes. 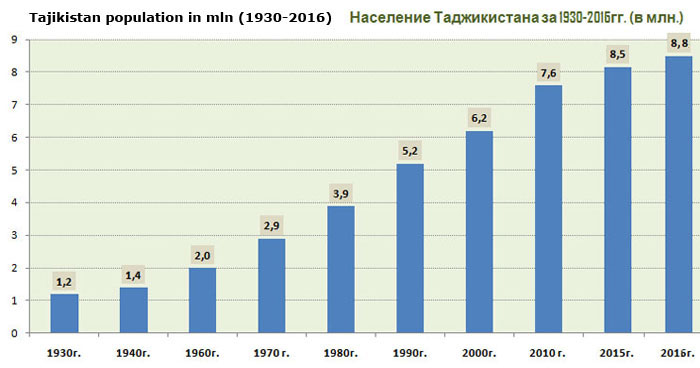 Most of Tajikistan’s people prefer to live in villages, but because of the restrictions in the winter electricity people use in Dushanbe, that it affects the growth in house prices in the capital of Tajikistan.

According to UN forecasts, the Tajik population in the coming years will continue to grow and by 2050 the country’s population will increase from the current 8 million to 10 million ahead of the population of Belarus.

In 1990, before the collapse of the USSR in the Republic of Tajikistan lived:

Most of the people of these nationalities during the Civil War, went to their homeland from Tajikistan that were considered the most educated people among the population. The reasons for the outflow of the various nationalities in addition to Uzbeks had economic reasons.