The park of rest and culture named after Sadriddin Aini – a Tajik writer and hero of Tajikistan in the city of Dushanbe – is located along Rudaki Avenue near the Cement Plant in the northern part of the country’s capital. The total area of ​​cultural recreation of the park of S. Aini is about 5.67 hectares in which mostly ornamental trees are planted whose age is more than 50 years. In the Tajik park is called “Bogi Farhangiyou Farogatii ba nomi Sadriddin Aiyni”

At the entrance of the park there is a direct-main alley where a sedentary statue is located – a monument to Sadriddin Aini nearby, with which beautiful fountains are built. Then at the end of the alema there is the Mausoleum where the grave of the writer is located – the first academician of the country Sadriddin Aini and here people come people to honor his memory by reading the duo. To say that the monument of Ayni has a height of 5.8 meters, its area is 57 square meters and it was built by sculptor Gafurdjon Juraev. 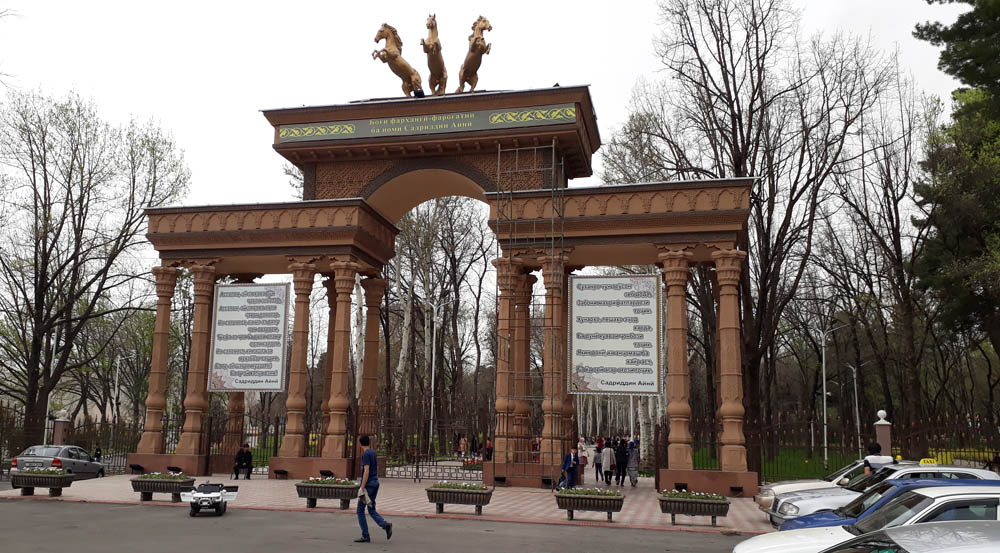 The park is intended for recreation of citizens of the country and foreign persons wishing to spend their time in a cozy garden where the appropriate architectural constructions are in demand, including fountains equipped with colored lanterns, water and electricity supply systems, floral and green terraces, sports grounds, amphitheater for 1500 people, children’s entertainment attractions with the possibility of serving simultaneously 2-5 thousand people. 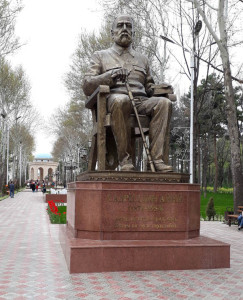 With the goal of conducting cultural programs on an area of ​​2 thousand 542 square meters built Amphitheater for 1587 seats, for children equipped with a playground area of ​​2,478 square meters. The park meets all the necessary standards and in terms of safety, the corners of the park are equipped with observation cameras. In addition, 47 radio broadcasting stations are installed in the park in which pleasant melodies are launched.

For car owners, there is parking – a parking lot located in the courtyard next to the gate. You can also get there by public transport including bus number 1, 3 and 8 as well as trolleybus number 1.

Entrance to the park and use of amusement rides during the holidays were free, but the policy may change in view of the further maintenance of the park.

History of the Park:

The park was still built in 1956-1958 with the purpose of burial of the great people of the country including Jabar Rasulov and Bobodzhan Gafurov, Boki Rakhimzoda. Then there were also buried outstanding persons literature including Sadriddin Aini and his son, as well as Muhammad Osimi Mukadimi Ashrafi. After gaining independence, the city of Dushanbe has greatly expanded its population has doubled, resulting in a cemetery where the great faces of the country were buried surrounded by populated areas. Proceeding from this, the authorities transferred the remains of these persons, except S. Aini, to a Muslim cemetery named “Luchob” which is considered to be the main burial place for all outstanding persons of Tajikistan. 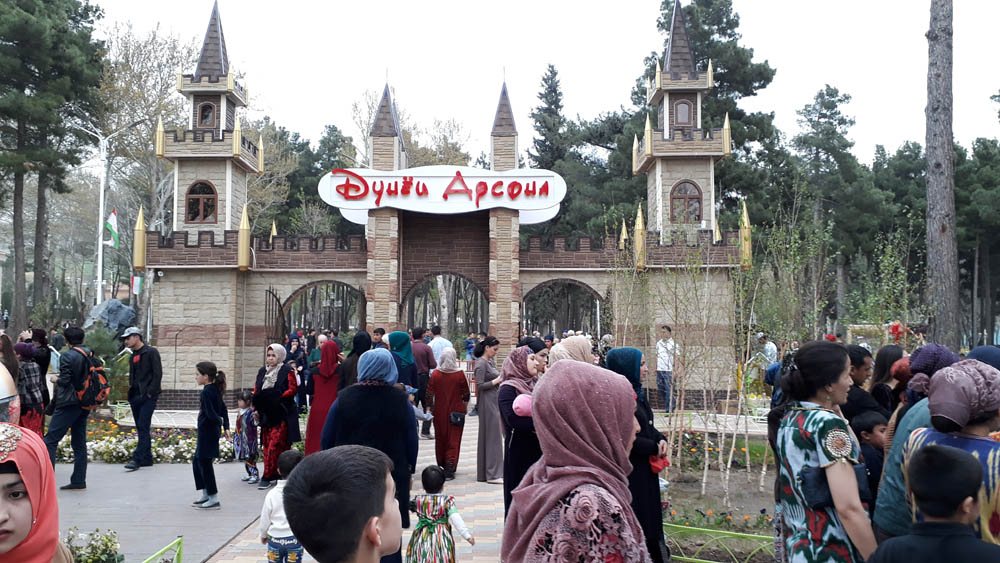 At the moment, after the renovation of the Ayni Park, she acquired an incredible and unique look that attracts the citizens of the capital of Tajikistan. Here you can safely invite your friends to go out and talk in such a quiet place where there are benches and a teahouse for warm conversations.

In 2018, a children’s entertainment garden was opened in the park of S. Aini under the name of “Dunyo Afson” which means a world of fairy tales in which unique attractions, as well as architectural techniques including Dinosaurs, artificial waterfalls, a ship and so on.

Photos of the Park 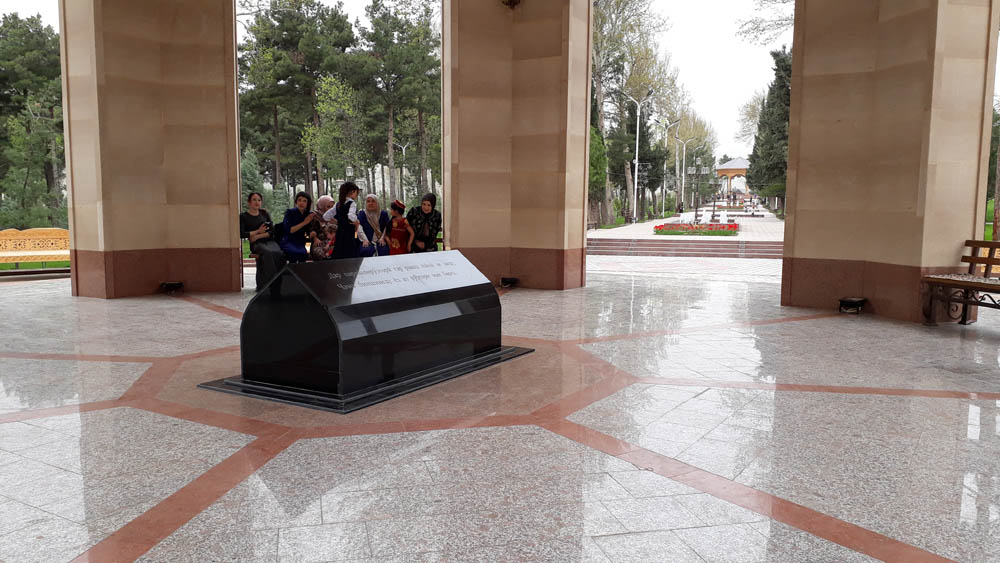 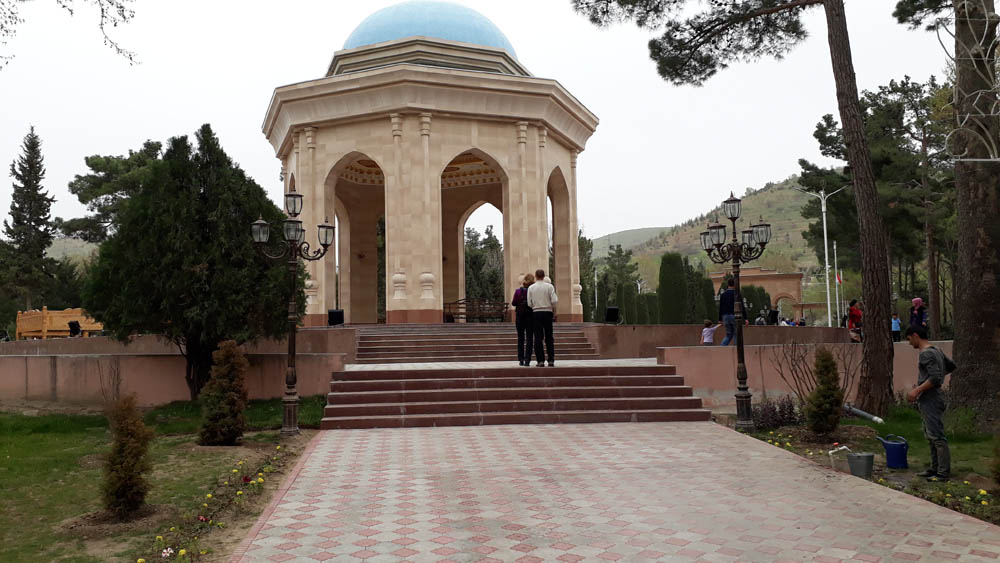 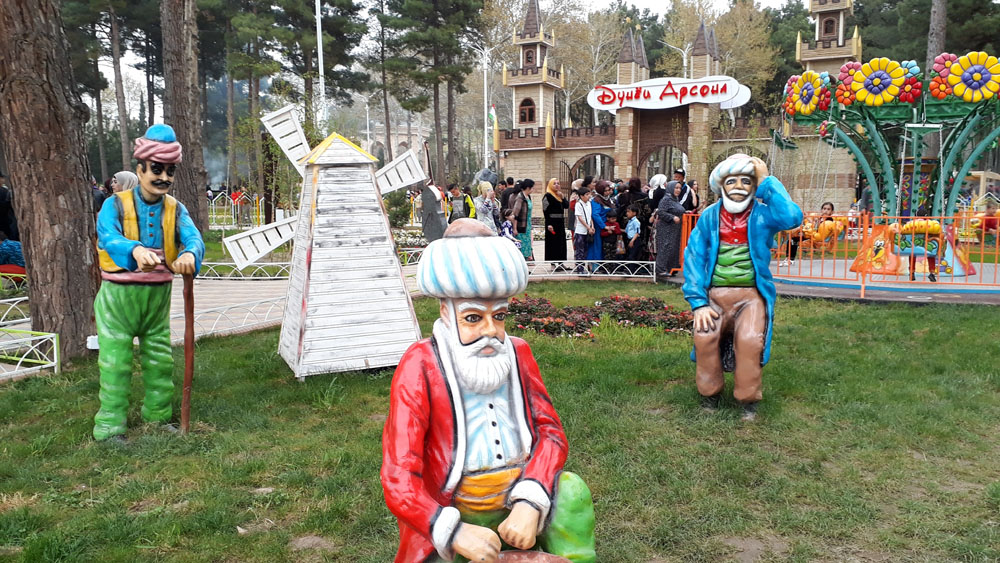 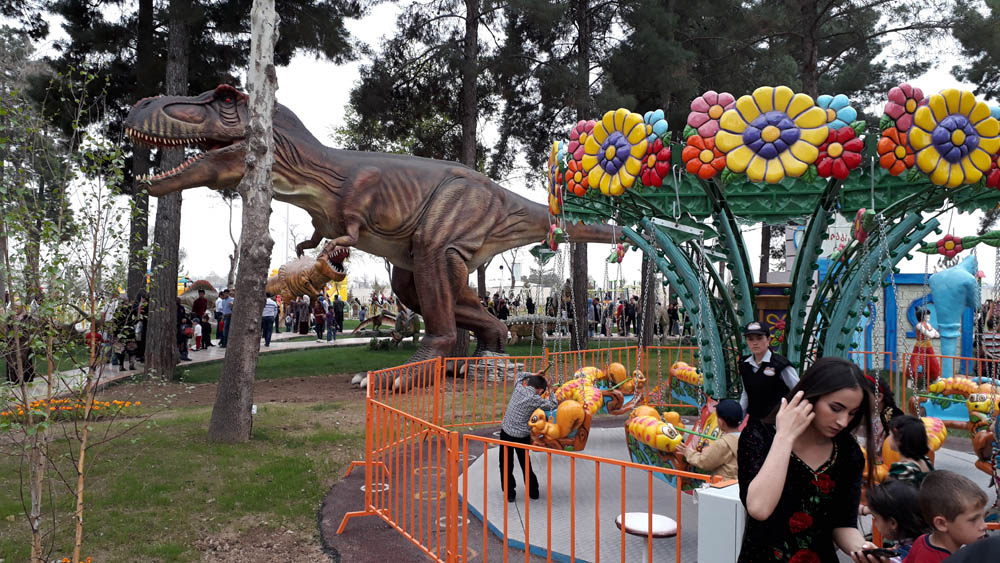 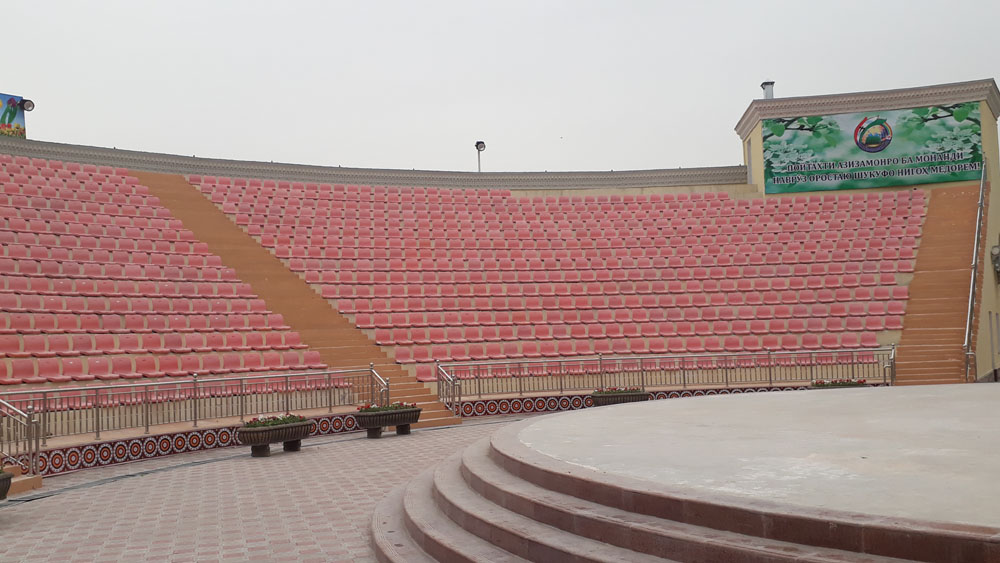