Do you want to know where to invest your money?

After the banking crises that occurred in independent Tajikistan, the people of the country now 90-95% do not trust the banking system of the republic. The reason is that more than 50,000 deposit holders since 2015 have not been able to return their deposits for 3 years already.

In connection with the fact that after a drop in the price of oil in the world, the flow of foreign currency to Tajikistan fell sharply in the order of 2 times. Earlier, about 4 billion dollars were sent by labor migrants to Tajikistan every year, but during the crisis this amount was hardly $ 2 billion. Due to the fact that the cash inflows to Tajikistan have decreased, the Central Currency Board of the country in the person of the Central Bank (NBT) has raised the accounting rates of foreign currency in the order of up to 80%. 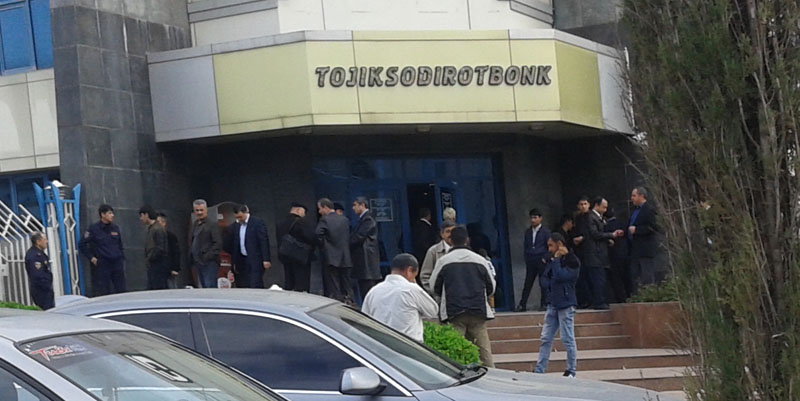 With the appreciation of the currencies and the decrease in the inflow of currencies, the economy of the country felt an incredible shock that led to the banking crisis and unofficially bankrupt 4 banks of Tajikistan that managed the lion’s daley of the financial services market. That is going to go bankrupt TogzhksodirotBank, AgroinvestBank, Tajprombank and PhononBank.

In the bankruptcy of these institutions, it is not only the managers of these banks themselves that are to blame, but also a number of high-ranking individuals who could be affected by their activities.

Although the country has a deposit insurance fund, but it only reimburses those deposits that were in small banks. Due to the obligations of the country’s largest banks, it is not in a position to respond. In a word, the trust of the population has disappeared to banks like the money itself that disappeared from these banks.

If you say that you no longer believe in the banks, then this is not completely true!

The fact is that not all banks in Tajikistan have managed to manage the money of the population reasonably. There are a number of banks in the country that have very professionally managed their assets and liabilities. Among the successful banks are Eskhata Bank, AmonatBank, KazkommertsBank and Orienbank and the First Micro Finance Bank.

But in the market there have appeared recent years new Banks which somehow originated in crisis time, but not earlier. Among such institutions can be called SpitamenBank, the International Bank of Tajikistan and Kommerzbank. They are very young banks and have low interest rates on deposits and do not attract people with their rates. They do not have a strategy that is known to the people. These young banks do not have branches in the mountainous regions of the country and certainly do not want to work there.

But there are banks besides micro banks that are more powerful and more efficient than the banks of Tajikistan, among which there are MDO Khumo, MDO Imon and MDO Arvand.

Thus, by reducing all qualitative and quantitative indicators of financial institutions in Tajikistan, we recommend investing your money as a deposit (deposit) in the above-mentioned Banks and MDO-countries:

Kazkomertz Bank Tajikistan
International Bank of Tajikistan
Bank of Eskhata
MDO “Humo”
IMO “Imon”
The rating is based on factors and data for the last 10 years (2005 -2018).