In this country you can go by plane, train, and car both independently and through special tour operators. The best option is air transport. Flights to the capital of Tajikistan are available from more than 10 major cities and countries of the world including: 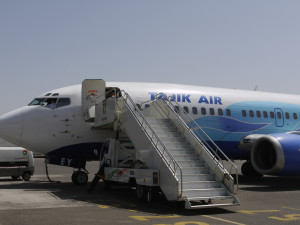 The prices for air tickets to Tajikistan range from $ 150 to $ 800, depending on the seasonality, airline and city with which you fly. Usually from November to March months from Moscow in Dushanbe tickets stand about 200 dollars, but in summer they will be more expensive 2 times. Additional information in this direction can be obtained from the sites of the Tajik Air (http://www.tajikairlines.com) and Somon Air (www.somonair.com).

There is also a railway that connects the city of Dushanbe and Khujand with other cities in the world including Tashkent, Moscow and others. The price of this movement is two times cheaper than air travel. You can also come by car to Tajikistan and in this respect the roads of the country meet international standards.