The Hafiz Shirazi Avenue (tajik: Khiyoboni Hofizi Sherozi) is one of the longest roads in the city of Dushanbe – the capital of Tajikistan, with a length of 6.3 kilometers.

Some confuse this road with the Sadi Shirazi Avenue, which does not apply to it at all.  Hofiz Sherozi AVENUE is located in the geographical center of the city of Dushanbe and originates from the Sadi Shirazi avenue where the SJC (State Journal Complex) is located and stretches from the eastern part of the Dushanbinka River towards the northern part of Dushanbe to the village of Chorbog where it intersects with Rudaki Avenue. 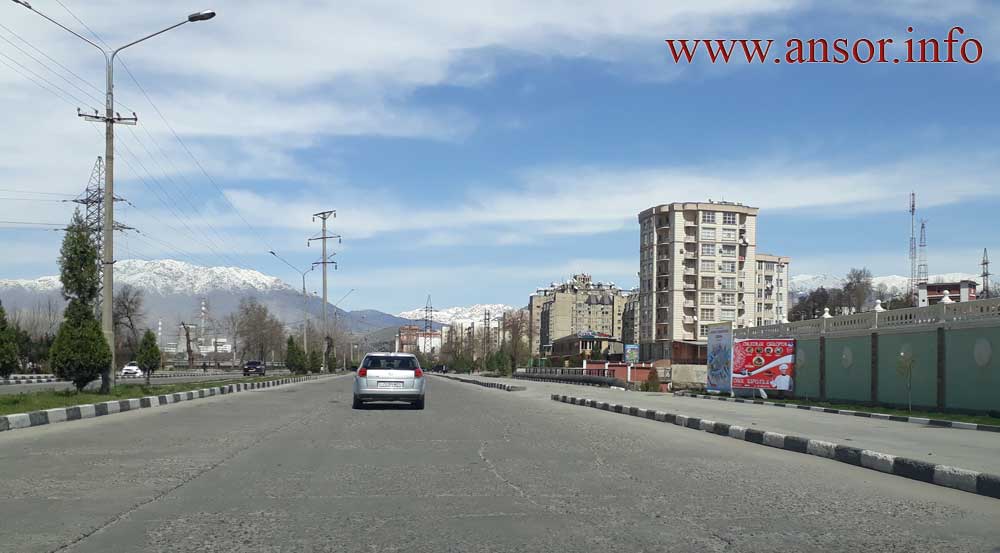 This road is known under the name Bitonaka because in place of the asphalt some parts of this road were equalized with concrete during the Soviet era. The road has low traffic  vehicles compared to other roads in the city of Dushanbe.

It is considered a relatively broad road to the capital of Tajikistan. Along it there are both ordinary single-storey private houses and multi-storey buildings right up to the CHP and state-owned important facilities including the Eponymous, the Amphitheater, the National Museum, Qasri Millat and others.

Due to the fact that the road has a high status of importance, it is specially inspected by the government of the country and therefore along it are planted beautiful trees, alley of flowers and a tray for water currents.

LOCATION OF THE PROSPECTUS ON MAP