What kind of places should I visit in Tajikistan? This question number one for any tourist! In order to plan everything clearly and not waste time, it’s just that you were given the name of the 10 best routes (places) for the tour in this country. 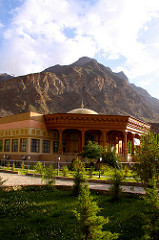