Asht district of Tajikistan with an area 2 785.5 km2 and a population of 150 thousand man is the most northern region of Tajikistan. The administrative center of the district is the urban-type settlement “Shaidon”. 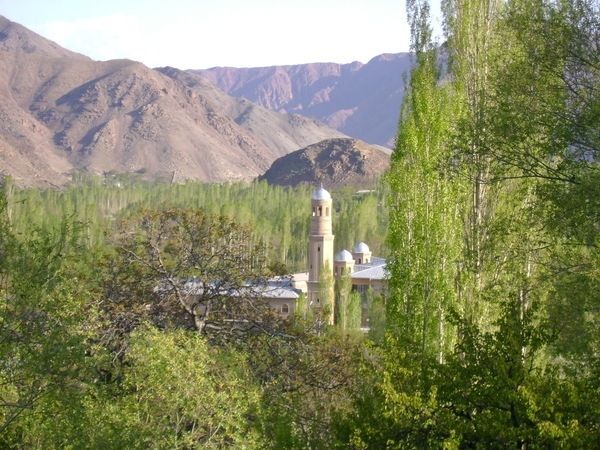 Asht district on the photo

About geographical location of the area can be said that almost Asht district is bordered on three sides ie, in the north, west and east, with Tashkent, Namangan and Ferghana regions of Uzbekistan, and only in the south and south-east Gafurov and Konibodom Sughd Tajikistan’s area.

Asht district is a border area. The heads of border regions signed the “Cooperation Plan, 2014-2017 to strengthen good-neighborly relations and friendship.” The Plan provides for a variety of areas for cooperation.

Map of Asht district from the satellite:

Asht district today is a modern settlement. Even 2 years both here opened a modern sports complex. It has all the necessary conditions for various sports and physical culture.

In education, the district program to provide computers in schools was given. In Asht district of the government computers were delivered, thus the full computerization of schools has been completed.

Climatic conditions of Asht district, marked soft and short-lived winter. Spring is early and galloping. Summer in the area is always hot and dry. The average temperature in summer reaches up to 26 degrees and the maximum temperature to 40 degrees. Therefore, the area climate allows agriculture.

In Asht district is enterprise “Zardolu Islands company” engaged in harvesting and packing of fresh and dried fruit. This company can take and prepare to export up to 50 tons of fresh fruit.

In 2014, the cotton growers of Asht district of Sughd region in the first carried out a plan for the collection of raw cotton. In Asht new building of the central hospital Shaidon village was opened, which is the administrative center of Asht district. The new central hospital has a physiotherapy rooms, which are practiced various methods of treatment and rehabilitation. All branches are equipped with modern facilities.

Today Asht district is a modern city and jamoat. The population of the district is mainly Tajiks and Uzbeks. We know these people have long been hospitable people. And where there is the hospitality and kindness and goodwill.

The Tajik government and administration of the Asht district are very timely plans for the development and improvement of the future of the district. Living in the area is in full and confident step forward.