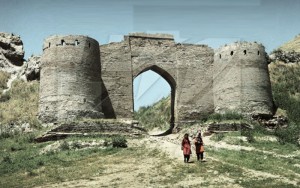 Hisor (Gissar) — district is located 15 km. west of the capital of Tajikistan in the Hisor valley formed in 1932 year. In the north, bordered by Ayni district, in the south with the Republic of Uzbekistan, from west to Shahrinav district, and to the east with the district of Rudaki. The district administrative center is the city of Hisor (city status in 2016).

The territory of Hisor district is 1 982.km² and the population are 260 thousand (in 2015). Most of the district’s territory is occupied by mountains while, but it is not on the list of mountain areas of Tajikistan. The highest point of the district is located in the northern part of the Hisor mountains. The district has a river named «Hanaqo» which is the source of the river Almosi. Although much of the area is mountainous but the bulk of the population lives and works in the plains are considered to be very fertile. In winter there are cold to -30 ° C in the plains and up to -36 ° C in the mountainous areas. Hisor full can be considered a continental.

Map of Hisor (online from Google).

Most popular people and objects in Hisor:

Winter in Hisor district not long and soft sediments. January temperatures average day + 3 + 5 ° C degrees at night and -3 ° C. Strong temperature jumps in the cold season is not observed. In extremely rare cases, lowering the temperature to -25 ° C. On the plains, snow is virtually absent, even in the foothill area of ​​the winter temperatures rarely fall below -7 ° C degrees. Spring with plenty of sunny days quickly raises the temperature to the summer values, despite the predominance of overcast weather, spring is the richest in the precipitation. Summer in the area of ​​long-term observations, the hot and dry fairly lengthy intervals. The July thermometer readings on average reach 35 ° C at midday air can warm up to + 44 ° C. 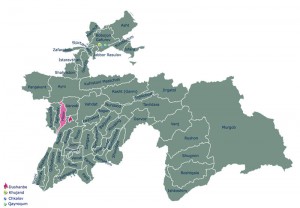 The weather is usually dry in the summer rain, but sometimes it can rain several times as hail and strong squally wind with dust storm. The main share of the summer rains and storms accounted for the month of June. Autumn pleases relatively cool, but at the same time dry and clear weather. In total for the calendar year to the territory of the district falls from 270 to 370 mm of rain. The main rainy period is March to May.

History: Until 1932 — the year Hisor district was part of Shahrinav district. But during the Soviet era Hisor several times disbanded and formed since the disputed territory with neighboring areas were both Shahrinau, Varzob and Lenin (now Rudaki). 29th January 1932 can be regarded as the birthday of the Hisor region. Last from the Hisor district 1992 separated Shakhrinavsky district was classified as a separate district. The most historical sites of Hisorr district considered Almosi village (in the northern part) and the village of Kalai Hisor located in the southern part of the area along the river Honaqo. Earlier in the sacred book of Zoroastrians «Avesta» the area referred to as «Shumon.» For the first time the word «Hisor» as the name of the settlement, the city or the administrative unit referred to in the XI century. Then the word meant fort, where the government troops and developed a craft market. Then the city was the center of the most independent part of Samanid state.

During the late XIX and early XX century architectural ensemble of the city was building, two madrassas, more than a dozen mosques, four city gates, one central market. Construction of a modern Hisor in a village began in the early twentieth century. In 2015, according to the decision of the Government of the country celebrated the 3000 anniversary of Hisor in 2015. Economy Hisor district relative to other districts and towns of Tajikistan is one of the relatively developed both in total and per capita. Especially the area of ​​trade is considered as the development of the industry was the reason for finding the train station and conveniently located village (town of Hisor).

Enterprises Hisor presented spinning factory, waterproofing materials, tannery. Also working the mill in the village, providing a local bakery flour. In the near future will begin to operate textile and clothing enterprises. Himself Hisor district known as gazonefteprespektivny territory. Firms Hisor sell and arrange delivery of products produced in the village. The favorable location of the village on the road Dushanbe-Tursunzade, Hisor and interstate railway line makes it easier to transport goods. On the northern part of the district, there are constant exploration work in the field «Shambary» extraction of natural resources (oil and gas), which will improve the economic performance of the region. In the year in Hisor district come tens of thousands of the country’s population to be cured in the sanatorium «Shambary.» The district offices are functioning 7-banks and several microlending organizations.

Many entrepreneurs from around the country come to the Hissar district to buy cheap building products and fruit to.

Population and culture: Hissar district has 10 rural communities where the native language is called as «Jamoats» (Jamoat). These jamoats: town of Hissar, Almosi, Dekhkanabad, Durbad, Karamkul, Mirzo Rizo, Navabad, Hanak, Upper Khanaka and Sharor. Tajiks in the Hissar region account for nearly 70% of the population. Also Uzbeks make up a large part of the population of the region (about 24%).

Almost the entire population of this region are Sunni Muslims and ethnic feuding among themselves not live together. Women of the area are very talented in sewing national clothes.

Best places to visit: Tourists and citizens are encouraged to visit the Fortress «Kalai hisor» mountain along the river Almosi, Sanatorium Saturn», the garden of grapes in «Moscow» farm, the farm of sheep and cows in Jamoat named» Mirzo Rizo «, the central market of Hissar district and teahouses «Dynya.»

Health: Medicine in the Hissar region is not very developed, if we compare it to other medical institutions of the country (especially when compared to Tursunzade district. The health facilities district work very little high qualified specialists. The clinic area does not have a new building (before 2014) and it all like the old Soviet times. in the winter, even in the clinic shut off electricity and independent power supply is practically non-existent. 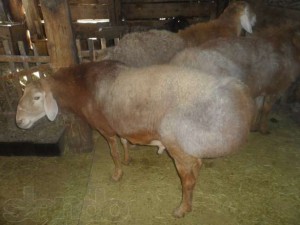 Animals: One of the highest achievements of breeders of Hissar district is selektsionerstvo in appearance to the world a new variety of sheep under the name «Gusfandi Khisor.» This sort of ram is the largest in the world and it is the birthplace of Hissar district. This breed is a brane gruboshёrstnyh fat-tailed sheep meat and greasy areas. Height rams up to 85 cm, 80 cm queens. Live weight up to 200 kg of sheep, ewes up to 150 kg. The Constitution sturdy, chest broad and deep, with extended forward brisket. The head is massive, hook-nosed, with elongated ears svislymi. Hornless sheep. In the sacral bone the rump is large (18-20 kg), where fat is deposited. The predominant color is brown, various shades. Animals differ precocity. By 6 months of rams weight reaches 60 kg or more. Slaughter yield 58-60%. The coat is rough, with lots of dry and dead hair. Used for the manufacture of felt and felt rough. Sheep wool clip from 1.3-1.6 kg, ewes 1,0-1,4 kg. Fertility 115-120%. Sheep are hardy, suited to year-round grazing. The main difference is that these sheep’s throat eat two bows (from birth).

Besides sheep in Hissar district of widespread livestock namely cows. Also breeding is the most developed sectors in the area. In the mountains of Hissar district can observe herds of sheep and horses, who live in all year round in the open countryside.

Road and city-building. Through Hissar district can go to Uzbekistan and Dushanbe as it eats highways and railways to stop «Hanak». Roads in the area are very advanced and easy to use so that they are easy to connect all corners of the area to other parts of the country. 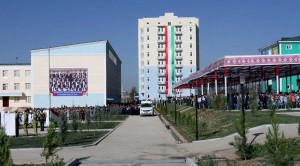 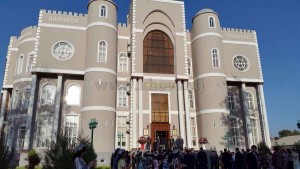 Key indicators of Hisorr district at the beginning of 2015 House of Culture in Hissar 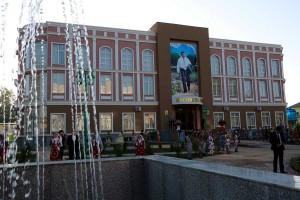