Weather – The climatic conditions of the city are connected with the location of Kyrgyzstan, which is located in the continental temperate zone. The weather in Bishkek shows that the average annual temperature is + 11.3 ° C. (In the summer up to +40 and in winter to -25 ° C) During this period an average of 450 mm of precipitation falls in Bishkek. 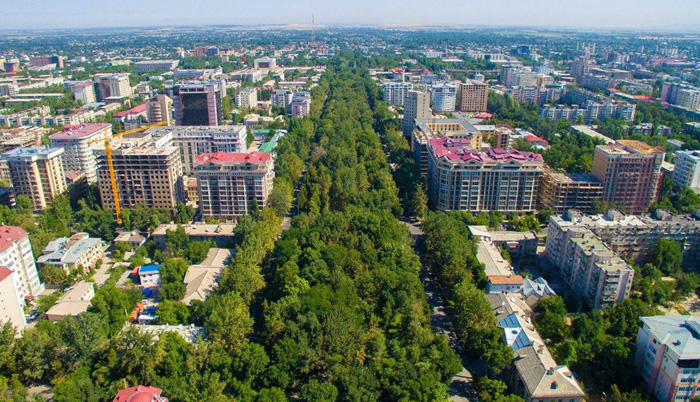 Weather conditions are formed under the influence of a powerful continental air flow. The Chu valley, in which the city is located, has a special impact on the climate.

Weather by periods of the year in the capital

The weather in Bishkek remains mild in winter. At this time, the city retains moderate warmth. The first frosts are observed only by the middle of December. The gradient returns to positive levels already in February. The strongest colds are usually in January (in winter). This month the temperature can reach -2.6 degrees.

Relatively small negative temperatures in the winter, which are associated with the Siberian and Asian anticyclones, can cause significant cooling. One of the coldest winters happened in 1951, when in February the temperature dropped to -32 degrees. It is worthwhile to clarify that in winter thaws often occur, during which the temperature can reach +15 degrees.

The weather in Bishkek for a month demonstrates a positive trend in terms of temperature. Usually the spring period in the city is seriously stretched. Spring can come in February and continue until the end of May. The weather for April in Bishkek remains rather uncertain. The spring period is often associated with rapid weather changes.

The summer period begins with the end of May. Already in July, the weather in Bishkek shows a serious warming, when the thermometer can exceed 25 degrees. The absolute maximum for this month was recorded in 1983, when in the city for several days the heat was kept at + 42.8 ° С. Summer is usually associated with a large number of dry and clear days. The exact weather forecast in Bishkek can be provided by Kyrgyz hydromet.

The forecasters note a return to the temperature regime at + 15 ° C with the approach of the end of September. During this period, the temperature may drop even more. Sometimes there are minor frosts. By the middle of November, the weather in Kyrgyzstan (Bishkek) is at a positive level, but the air is rarely warmer than + 4.7 ° С.

Precipitation for the annual period is distributed in different ways. Usually you can see several highs and lows. The maximum precipitation is in April and October. In the first case, it falls out over 65 mm, and in the second 45 mm. The minimum precipitation is observed in August and January, when the 13 and 26 mm falls. 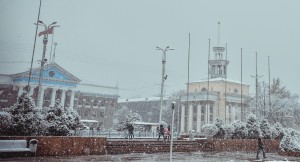 From year to year, these values can vary significantly. For example, in 1944, falling out was 254 mm, and in 2002 the record rainfall was 732 mm! It is not rare that there are periods when precipitation (snow, rain, hail) does not fall out for a whole month, and sometimes they can be 140 mm, as it was in April 1979.

The weather in Kyrgyzstan is changing rapidly. The level of snow cover is usually small and is within 3-5 cm, but several times over the past century there is a fallout of more than 30 cm of snow.

Wind and its direction

The weather in Bishkek, Kyrgyz hydromete, indicates the frequency of winds throughout the year. In the autumn-winter period, you can usually see the south or west wind. In the spring time, air masses predominate from the western direction. In summer you can talk about a stable situation – the wind partly comes from the north-west and south-east direction. The wind in the city has its own inside cycle.