The price in the cities of Tajikistan including the cities of Dushanbe, Khujand, Kurgan-Tube, Kulyab regardless of location are almost the same. The reason lies in the fact that Tajikistan itself does not produce a car and besides the country is small. Only the price of cars in Khujand is 200-500 dollars cheaper than in other cities and regions of the country located in the southern part of Tajikistan.

It should be noted that the most commonly used car in Tajikistan is the Opel brand, which occupies up to 30% of the market volume, followed by the second-ranked Mercedes-Benz brand with a 20% market share. Both of these brands correspond to their prices, say residents of Tajikistan and consider the best and hardiest cars. 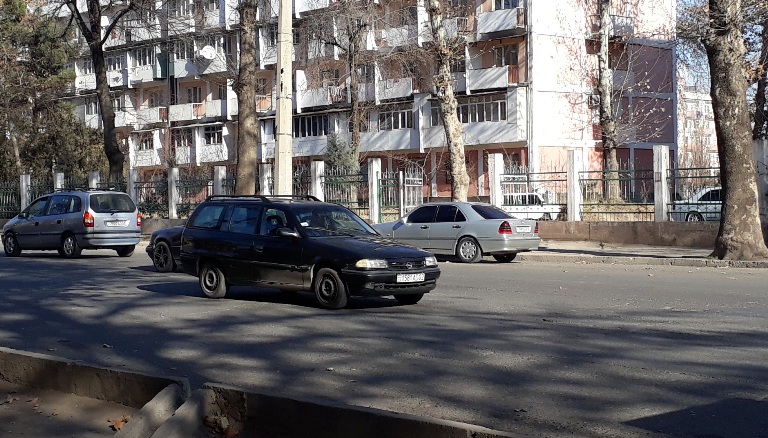 The price of cars in Tajikistan depends on a number of factors including: car brand, road expenses, year of manufacture, supply-demand, city-district, customs duties and others.

The most expensive car in Tajikistan in terms of price is the brand Lexus va Mercedes year of release 2017 – 2018, the cost of which reaches up to 100 000 US dollars. In second place are at the price of the brand BMW and Audi, which are also considered German marks.

The cheapest brands of cars at a price in Tajikistan are VAZ, Daivoo, Opel and Toyota, which were manufactured before the year 2000. 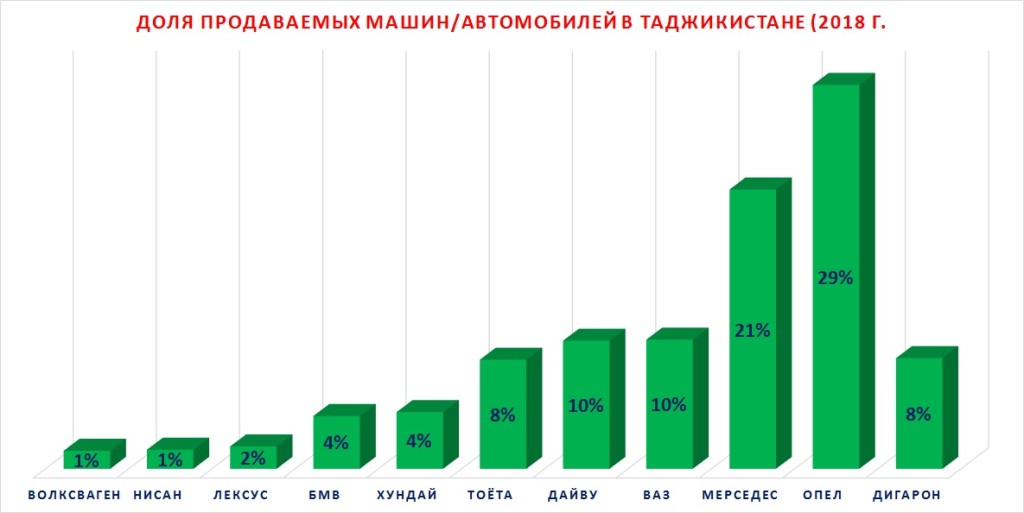 Usually, many sellers sell their cars put prices relatively higher and therefore the conclusions can be made after the sale of the purchase. Usually in the ads in the car market 10-20% higher price tags are placed and such information should not be trusted.