Sarband – a small industrial town in the composition of the Khatlon region of Tajikistan, with a population of 16.7 thousand people (2016) was established in 1956 as an industrial city. Sarband town is located east of the city Kurgantyube in the distance of 10 kilometers from the capital of the country – Dushanbe 120 km. 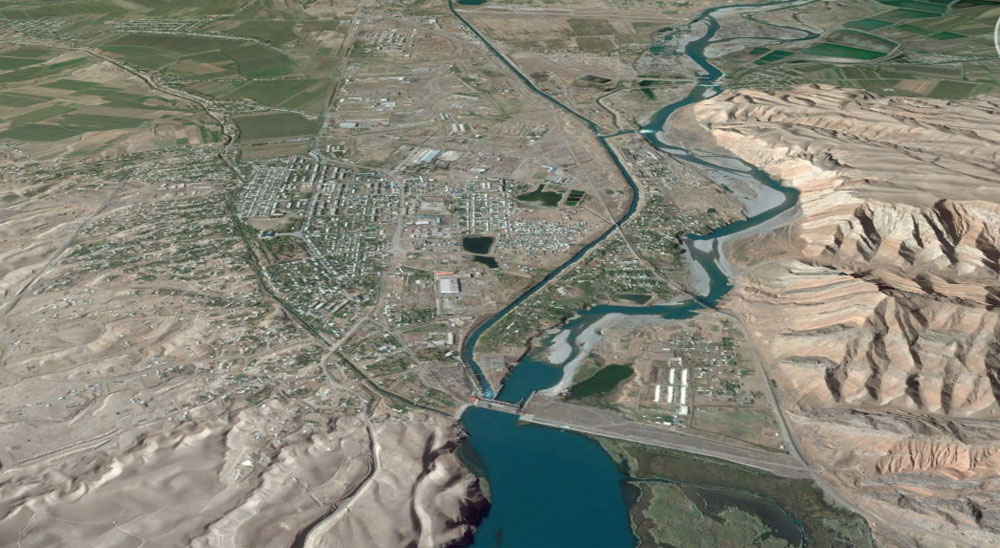 Geography: Sarband town located at the foot of the western part of Vakhsh ridge (mountains) along the Vakhsh River in the area of 7 square kilometers, at an altitude of 475 meters above sea level. Length of 3.5 km. and the width of 2.5 km.. The area of the town is plain and the soil is favorable for the cultivation of different plant species. The climate of Sarband is continental and at the summer air temperature reaches up to + 46 and released in winter to -20 degrees Celsius. Precipitation begins at the end of October and lasts until the end of the month of May with the annual level of 270 mm.

Sarband is a fairly new city whose construction began in the 30-th of the last century due to the need for fundamental change in the economic activity of the country. In those years, it was given a start in building tap Vakhsh main canal for irrigation of thousands of hectares of land Khatlon. In 1957, draining canals in the Vakhsh district begins construction of Hydro Electric Station.

Previously, the city was called Kaleninabadom, but on February 2, 1996 in accordance with the Resolution of the Parliament under # 247, it was renamed to the city of Sarband, which means “In the closing”.

The main economic engine also Sarband city is unique and the largest chemical company in Tajikistan for the production of mineral fertilizers – CJSC JV “Tajik Azot” that the last few years not working, because no natural gas.

Sarband in a map

Web-site of sity is http://sarband.tj/