The Karatag River is located on the territory of the Republic of Tajikistan and is formed by nature between Tursunzade and Shahrinau and is considered one of the most famous and beautiful rivers of the country. 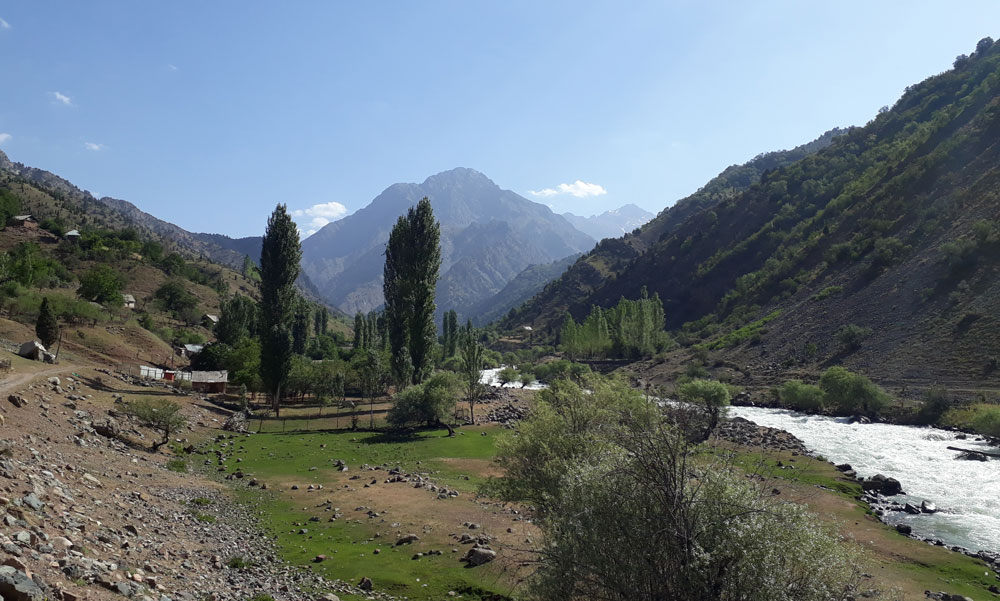 The Karatag River has a length of about 250 kilometers and is named after the village of Karatag which is located along this river and is considered the oldest and also the largest village along this river. The width of the river at the largest place is about 30 meters, and the water speed is 1-2 meters per second. The depth of the river is up to 2 meters in the deepest place.

The name itself is taken from the Uzbek word “Kora” and “Tog” which means “Black Mountains”. Most likely the name is to approach these mountains because they are very blue and sometimes they seem a bit dark. How do you understand Karatag is the name of the mountains, the village and the river itself.

About 50,000 people live in the village of Karatag and their dialect is very similar to Samarkand. The people live on the account of cattle breeding and the cultivation of grain crops in particular rice. In the river Karatag you can catch the most delicious fish called trout.

The beginning of the river begins from the Hissar mountains and ends on the territory of Uzbekistan and joins the river of the Amu Darya.

Along the Karatag River there are a lot of private dachas and their price is 30-50% higher than other cottages and houses that are located in the country’s regions except Varzob District.

The river has constant water and in the summer it is plentiful and clean, in spring there is a lot of water, but red and autumn, including winter, the water almost disappears. The main consumers of the water of this river are the inhabitants of Uzbekistan, as they irrigate their lands relatively more than the Tajiks.

Several mini HPPs are installed in the river, which generate from 5 to 100 kilowatts of electricity per hour.