In the Internet, launched a website that can translate Tajik words that are written in the Cyrillic alphabet to Persian. Now the owners of Tajik and Iranian languages freely and inexpensively can benefit from this online product. 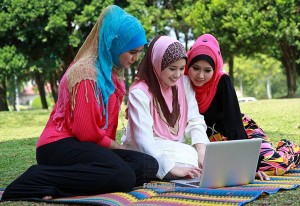 This product has its own website at http://pertaj.com/payvand/index.php created on the initiative and support of the Government of Iran and support the company’s Solor. Also, this item is available in the application format for Android, Apple iOS Microsoft Windows and Linux.

Please note that the Tajik and Persian (Iran) are one and the same language, but written in different writing. This is because, the Tajiks were under the authority of the Russian empire and written according to the order of the Soviet authorities was translated from Persian to Cyrillic in the 1930-th.

Thus, the current residents of Tajikistan know little Persian script that come from Arabic. This negatively affected the acquisition of knowledge in their native language during the Soviet Tajik people since the Tajik literature for thousands of years to form has been written in Persian, and in Soviet times, all historical archives already lost its power and access to it. All this is due to the fact that Russia – Russian wanted to increase its influence in Central Asia and around the world with all sorts of means.

Now, the product of which some have called an interpreter, is actually a transliteration of the line and affect the mutual understanding of the peoples of Iran and Tajikistan of written information. A very useful thing for tourists Iran and Tajikistan.