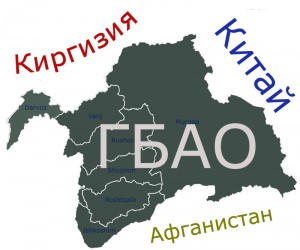 PAMIR – Gorno Badakhshan Autonomous Region (GBAO abbreviated or Tajik “VMKB” viloyats Mukhtor Kuhistoni Badakhshan.) – One of the most mountainous, sparsely populated, underdeveloped and large areas of Tajikistan is located in the eastern part of the country with a population of 226 thousand people, which is only 2.7 lisch % of the population.

GBAO  formed on January 2, 1925 the administrative center of the region is the city of Khorog. It bordered on the north by Kyrgyzstan, China in the east, south and west of Afghanistan. The area of ​​64,200 km² (44.9% of the country). The composition of GBAO includes 1 city and 7 districts including Khorog and districts Vanj, Ishkashim, Murghab, Roshtkala, Darwaz and Rushan Shugnan.

Badakhshan region of highlands known for its peculiar dialect, precious stones, expensive in China and resort Garmchashma and beautiful lakes. Economic and social life in GBAO is underdeveloped due to the mountainous terrain and lack of resources, including irrigated land, labor force and communicatively location. Distance from Khorog to Dushanbe is 527 km. 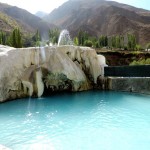 In the 36 hospitals. Power outpatient clinics, is 32.7 (per shift) per 10 thousand. Population. Population of the region provide medical services 367 physicians of all specialties and 1052 human nurses. On the basis of the hot mineral springs Garm-Chashma operates the eponymous resort.

Videos about the people of GBAO:

In Badakhshan region of Tajikistan there is an 11 languages are very different from each other and the cloves are not included in the family of the Farsi language. Besides Badakhshan languages are spoken in the peculiar accents and dialects that can immediately distinguish.

The genetic closeness of these languages Shugnan-Rushan Group is so large that mutual understanding can be achieved with the use of the native language or dialect in almost all cases. Difficulties can arise only in communication media Shugnan-Rushan Group-dialect language with Tajiks of Xinjiang. Shughni language due to the wide territorial prevalence and multiplicity of media plays the role of language as well as verbal communication mezhpamirskogo stadzhikskim language (“mezhpamirsky Farsi”).