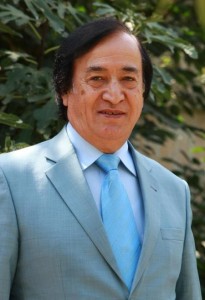 Jhurabek Murodov – People’s Artist of the USSR and Tajikistan, was born on December 24, 1942 in the village of Kurud Ayni district of Tajikistan, known as the most talented singer-songwriter and beloved tenor celebrated across Asia.

In 1962 he graduated from Leninabad Pedagogical Institute and until 1963 worked at the Institute as assistant chair of pedagogy and methodology of primary school. 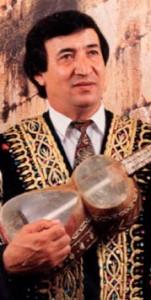 Links with civil war and especially incandescence of the political situation in Dushanbe to move home fleeing from Dushanbe to Khujand (northern capital of Tajikistan) and 1992 to 2006 he worked as a soloist-vocalist Khujand theatre of Musical Comedy. K. Khujandi. He was artistic director of the ensemble “Shashmaqom” under the State Committee on Television and Radio under the Government of the Republic of Tajikistan.

Since 2001 – the artistic director of the State Ensemble shashmakomistov “Nuri Khujand” (Khujand).
He has toured in many countries around the world. He brought up a whole galaxy of famous singers such as K. Sodikov, Nasriddinov M., N. Mahkamov, D. Alimatov, H. Ortikov, Sh Mukhtorov, Hamrokhon Zarifi, Shodiev A., F. Alifova and others.
Since 1988 – Chairman of the Musical Society of Tajikistan. Since 1991 – first deputy chairman of the All-Union Musical Society (now the International Union of Musicians). Chairman of the Peace Fund of the Republic.
From 199o to 1994 the Supreme Council of the Tajik MP (member of the Bureau and the Chairman of the Council for Cultural Affairs, International Relations and Foreign Relations). The present time is the artistic director of the ensemble “Shashmaqom” in Radio and Television Ministry of Culture and Information of the Republic of Tajikistan.

From his childhood in the mountainous homeland Dzhurabek learned the basics of music and performing mastersta his parents and older brother, later developed them, studying the legacy of the great singers of the past and CONTEMPORARY: Abdulaziz Khoja, Sodirhona Hafiz, Domullo Halima, Shohnazara Sohibov, Sharif Juraev and Boymuhammada Niezova. 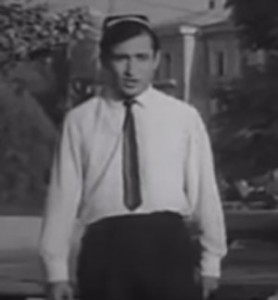 Jurabek creativity is three execution style: classical and folk songs and poems of contemporary Tajik poets. He performs his own songs, accompanying himself on rubob, accompanied by the orchestra of folk instruments and symphony orchestra. During his artistic career the singer has realized more than 2000 songs, of which 450 belong to him, among them the words of cycles SA Esenina, M. Tursun-Zade and others. He studied and implemented in their repertoire not only the work of artists of the Tajik people (past and present), but still with great success performing songs of the peoples of the former Soviet Union.

The repertoire Jurabek occupy a special place such songs as Russian folk song “Kalinka”, the world-famous “Katyusha” (in Russian, Tajik and Japanese), an Armenian folk song “Mekhak” ( “Pink”), the Georgian folk song “Suliko” , Kyrgyz “Tumar” Turkmen “Elpesse” Azeri “Galba sandader” ( “You are in my heart”) and songs of other peoples of the world.

In their songs, the verses used Dzhurabek Tajik poets such as Mirzo Tursunzoda, Loic Sherali, Abuabdulloi Rudaki and.

Other musical creativity Jurabek Murodova (Download and listen for free) 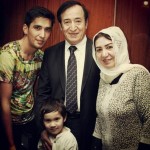 My wife, son and grandson

The native land of childhood Jurabek on the map