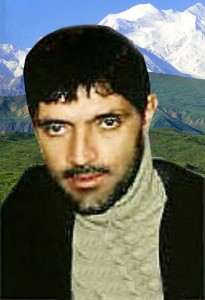 Mirzoshoev Muboraksho Abdulvahobovich – super singer who left the Tajik people.
Biography: In the native Tajik singer’s name Mirzoshoev Muboraksho Abdulvahobovich. Born 08.19.1961 year in the village of EYC, Rushan district of GBAO Tajikistan and died at the age of 40 years 08.02.2001, the city of Dushanbe from the disease of pulmonary tuberculosis.
Even as a child at the age of 14 years Muboraksho wrote his first song under the name «Chor Javon», later turned into a hit of the USSR.
C 1984 to 1987 under the pseudonym Muboraksho (Misha) studied at the Leningrad Aviation School, but creativity has taken up, and it is completely gone into music.
Muboraksho Mirzoshoev artistic career began in 1988 in a group of Daler Nazarov. The collection of songs of the singer were both sad and happy songs including the song “Ai ёrum Biё” which became a hit for many decades. The singer was a truly popular performer, near and dear to all Tajiks. His music has rallied all, despite the disagreement of the people. 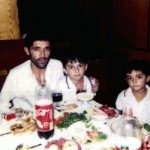 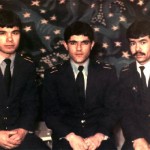 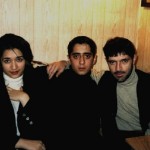 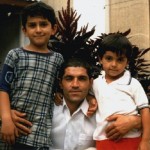 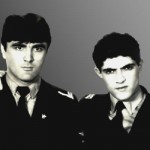 His wife and children were the dearest to him. Muboraksho loved music and football, rooting for the team “Pamir”. He knew and communicated with many Russian groups such as the “A-Studio”, “The Sound of Mu”, “Aquarium” and others, he repeatedly applauded Moscow fans. Many of the performers did covers of his songs.

Muboraksho third album was created with the close involvement of the “Shohnoma” who worked with him during the years of his tvorchesta posleny. In this community of musicians Sodano most popular works are included on the album with the working title “Meborad Harrow.” Unfortunately ponotsenny disc never was released to real, time. In the near future the band “Shohnoma” plan to release an album that will include songs performed Muborak Shaw had not voiced publicly.