When it comes to bodybuilding, few people think of pumped-up women. The images of A. Schwarzenegger, F. Zane, D. Jones and others emerge in consciousness. There are women in powerlifting too, and one of the outstanding personalities is Julia Vince!

Julia Vins is a famous powerlifting athlete. Julia Vince gained immense popularity after the appearance of shocking photos on the Internet in 2013. They immediately came up with the pseudonym “a girl with a Hulk body and a cute Barbie face”. Indeed, the angelic face contrasts against the backdrop of pumped up muscles. 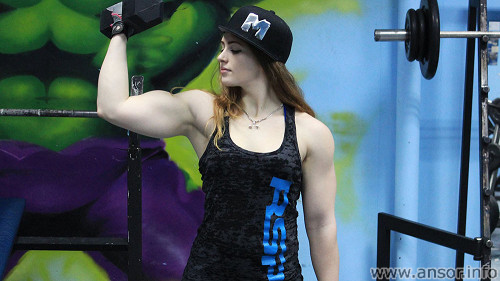 Julia Vins was born on May 21, 1996 in the city of Engels, Saratov Region. Before bodybuilding training, her biography was not particularly interested in readers. She was born into an average family, attended an ordinary school, led the most ordinary life. When Yulia turned 15, she suddenly became interested in steel sports. According to the athlete, she needed bodybuilding to assert herself, since she always lacked self-confidence. Thanks to advances in sports, the problem is gone. But a strong, brave and purposeful Julia Vince appeared!
Today she is an international master of sports in powerlifting.

How it all began?

As you already know, the girl’s regular training began at the age of 15. Julia was engaged in a program that did not at all correspond to a girl who wanted to gain muscle mass. As a result, 1 year was wasted.
In September 2012, Julia Vince, whose photo you see, changed from bodybuilding to powerlifting. The subsequent period was a real progress in the girl’s sports life. After that, fans of her attractive figure appeared, as well as haters, who were greatly annoyed by the success of Julia. The success that happened spurred Yulia to further achievements, in particular, participation in championships, Olympiads. Now she faces even more serious goals and a desire to achieve more, along with this, her appearance is changing. But she really likes it!

“The girl with the body of the Hulk”

Hard work did not pass without leaving a trace for the fragile girl. For a year of hard work in the gym, Julia has found a pumped-up body, a dozen new friends, hundreds of fans and, of course, envious people, whom Julia loves to ridicule on social networks. Fighting spirit and determination are now side by side with her!
Take a look at the photo of Julia Vince before starting her sports career – there she weighs 48 kg, and after building up her muscles, her weight reached 65 kg. Looking at her appearance, you willingly believe in these numbers, since there is enough muscle mass. The volume of the biceps is 40.5 cm.In competitions, Julia raises barbells weighing 100 kg, performing a bench press, in deadlift competitions she can handle a barbell of 165 kg, and in a squat – 175 kg. Interestingly, the girl lifts large weights in her gym, but for medical reasons at competitions she is forbidden to take too much deadlift.

How about your personal life?

Powerlifting has affected all aspects of an athlete’s life, including her personal one. More recently, Julia began a relationship with 29-year-old boyfriend Sergei. Together they spend time in the gym doing whatever they like. Julia’s parents support her choice, both in personal and sports life. 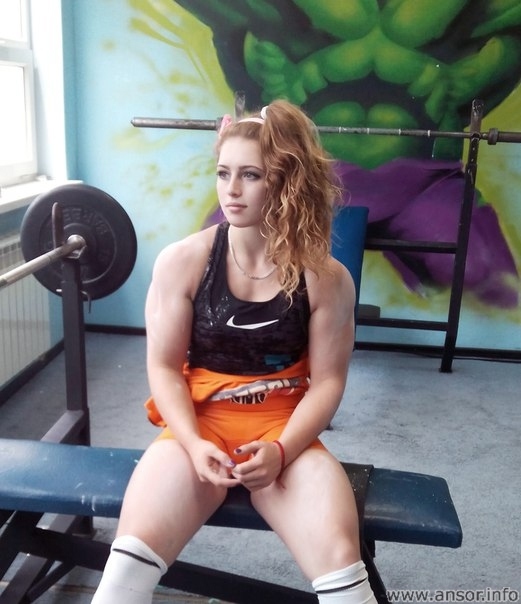 What is included in the athlete’s menu?

How did such a young girl manage to achieve brilliant results?

The formula for success is simple: train hard, observe the daily routine and proper nutrition – these are the main principles by which a successful athlete should live.
Julia happily shared her food preferences.

The athlete eats 5-6 times a day (and this is the “golden rule” for a powerlifter). Fractional nutrition in small portions – that’s where the treasure is buried! This way of eating accelerates metabolism, as a result of which most of the vitamins and minerals are absorbed by the body. Julia’s usual diet consists of all kinds of cereals (buckwheat, rice), fresh vegetables and fruits, dairy products, fish and lean meat. In addition, she consumes sports nutrition, which includes proteins, creatine, amino acids. These substances prevent catabolism, which is the breakdown of muscle tissue, and help you gain fat-free mass.

Training simplifies food consumption somewhat, since it makes no sense for Julia to achieve ideal relief and vascularity, which most bodybuilders want so much. Therefore, a girl can give herself some indulgences (1-2 times a week you can break the diet, thereby removing the psychological stress from the body. Yulia very rarely, but allows herself sweets and snacks with fast foods.