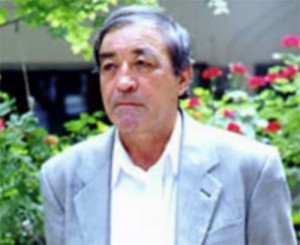 Loiq Sherali – People’s poet of Tajikistan, was born on May 20, 1941 in the village of Mazari Sharif, in Penjikent district of Tajikistan.

Artworks Loik Sherali can meet in school educational books and sung by artists for decades Tajikistan.

Loiq’s wife – a teacher of Tajik language and literature of school № 54 in Dushanbe – Zebunisso Kutfidinova said that Loik and she knew each other from an early age, as they come distant relatives. But the guy interested in a woman, when they were students of the State Pedagogical Institute them. After Zebunisso graduated from the first year, they were married in 1967.

According to Loic wife was very sweet and caring husband, when she was one year old at the hands of Jamshed, Loik did not allow me to pass on correspondence or quit school, and he hired a nurse and helped around the house. All my life I worked in a school without a break, because next to me was understanding husband.

Relatives remember Loïk like a creative person. Loik woke up at 10 am, 11 was at work, and then followed a dinner or gatherings, which passed in the “zasidelki” And it turns out that he came home almost always late. And then at midnight, he started working the day he wrote the morning.

In 1954, after seven years of school Loïc comes to teacher training college town Penjikent and finishes it in 1958. Loic Sherali in 1959 for counsel and support of his wise brother Corey Sharif moved to the city of Dushanbe and will be in the historical-philological faculty of State Pedagogical Institute and successfully completes it in 1963.

loiq-sherali-poetPosle institute poet, first working in radio in Tajikistan as an editor of the literary department, then worked the employee of the newspaper “Komsomol Bank”, the head of the department of poetry magazine “Sadoi Shark”, adviser to the Writers’ Union of Tajikistan, chief editor of the popular literary magazine of the Union of writers of Tajikistan – “Sadoi Shark”. Loic since 1965. was a member of the Union of Soviet Writers’ Union, was elected deputy of the Supreme Soviet of the USSR. Loic Sherali since 1991. and until the last days of his life he was the permanent President of the International Fund of the Tajik-Persian language. 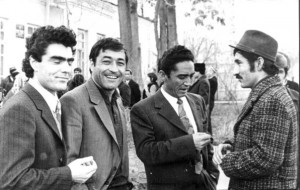 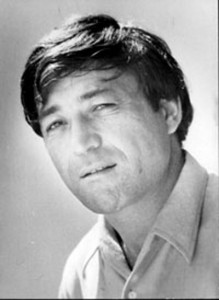 Loik Sherali was awarded the honorary title “People’s poet of Tajikistan” and in 1978 was named Abuabdullo Rudaki he awarded the State Prize for his poetry collections “Land of the Fatherland” and “Inspiration from the” Shahnameh “.

International Prize “Lotus” he was awarded in 1999.

The poet died on June 30, 2000, his body was handed over to the ground with the participation of thousands of fans of his poetic talent. He is buried next to the famous personalities of our nation in the memorial park Luchob Dushanbe.

Selected works of the famous Tajik poet Loic Sherali thematically categorized and arranged in the published in 2013 the book in the Tajik language, entitled “Muntahabi ashor” ( “Selected Poems”), the presentation of which was held in “Mino” Gallery April 27, 2013. 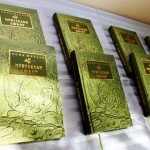 The collection was published at the initiative of the Literary Fund name Aini publishing house “Mega Basim” Republic of Turkey led by Iraj Aini. “Selected Poems”, which absorbed more than 500 poems of various genres (gazelles, Rubai), and periods of the poet’s work, have been collected and edited collectors Niezbadalom Malikov. The significant contribution to the design and edition of the book was made by: A. Mukhammedov artist, designer and typesetter F. Yunusov S. Malikov.