Khorog – this is city and the administrative center of GBAO, Republic of Tajikistan, with a population of 32.4 thousand (2016.) Consists of 6 districts, situated at an altitude of 2150 meters above sea level, in the western part Shugnan area. Khorog was established in 1932 and today is one of the leading cultural and educational centers in Tajikistan. 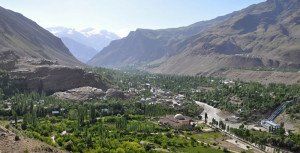 The town’s name on the Tajik – native language is written as “Хоруғ” and in English “Khorugh” which is known all over the world with a history more than 2,500 years. Even during the invasion of the Greek Macedonian army in 2340 years ago, the city of Khorog was one of the major cities in the eastern part of Central Asia, which has passed through the army of Alexander the Great in India and some remained as residents of this region. Today Khorog is an attractive city for tourists from abroad and educational center with international standards for modern youth. Khorog is also at the same time the administrative center of the district Shugnan. Khorog people talk mainly on peculiar dialect which is called Pamir (more Shugnan).

Khorog is located in the western part of Rushan and Shugnan mountains along the river Gunt and Shohdara which merge with each other in the city territory. Distance from the city of Khorog, the capital of Tajikistan – Dushanbe city is 527 kilometers. The length of 13.5 km of the city and width 1.35 km. Coordinates: 37*29* 08 north latitude and 71 *35*25 east longitude. The total area of ​​the city is 17.5 square kilometers. The soil on the territory of Khorog has a low inventory as the region is a rocky mountain. Khorog is surrounded by around Shugnan area but from the west bordering with Afghanistan.

Khorog on the map of Tajikistan (Satellite)

The climate of the Khorog is considered continental with cold winters and hot summers. The temperature in summer reaches up to + 39 and released to the winter – 27 degrees Celsius. Precipitation per year is 230 mm., the main season which runs from December to May.

In the city of Khorog have botanical garden where you can meet many kinds of fruit trees and wildlife along with beautiful flowers and a number of plants (4 ths.), But mainly in the eyes catch the white poplar, mulberry and apricot.

Photos of the city of Khorog 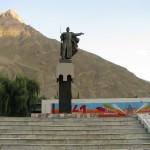 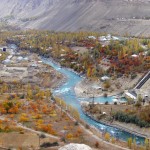 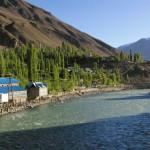 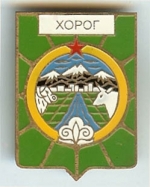 Khorog – the leading regional center for trade, transport and education in the Gorno Badakhshan Autonomous Region. The following educational institutions as Khorog State University (Moynsho Nazarshoeva), an affiliate of the International University of Central Asia (UCA) and the Lyceum of the Aga Khan. Since May 2015 starts the construction of the campus of the University of Central Asia. Through Khorog passes Pamir highway (road), connecting the city with Dushanbe and Osh.

There is a dirt road, passing through the Wakhan valley and the village Alichur. There is a road that connects the city with China through Kulma Pass-Karokurum and provides basic import into town. Aga Khan Foundation built a bridge on the Panj River which connects the city of Khorog with Afghanistan (5 km. from the city center in the village of Tem). Near the bridge is constructed market, which is open on Saturdays and Sundays. The city has a small airport which is 1-2 times a day arrive or depart from it airplanes and helicopters.

The history of the city of Khorog:

Until the late 19th century, Khorugh was in an area disputed between the Emir of Bukhara, Shah of Afghanistan, Russia and Britain. The Russians emerged the winners of the region after The Great Game, which fixed the current northern border of Afghanistan on the Panj River and established the territory of Russian Pamir around Khorugh. Before 1896, when the Russians arrived and built a fort, the main town in the area was Kala-i Bar Panj (or Bar Panja Qal’a) somewhat downriver on the Afghan side. Following the fall of czarist Russia and the rise of the Soviet Union, Khorugh became the capital of Gorno-Badakhshan in 1925. Soviet leaders encouraged the migration of settlers to the area with promises of pay, medals and automobiles, but with no industry and little arable land, the effort was not successful.

Migration is playing an increasingly important role in the life of Khorugh. Historically, migration was part of Soviet policy for development. In the early 1950s the Soviet government encouraged migration of residents of Rushan district of Gorno Badakhshan to other parts of Tajikistan, especially to the area of Qumsangir, situated in the southern part of today’s Khatlon region as the area needed workforce. This policy of migration is still encouraged by the present government of Tajikistan with the hope of creating better environment for the inhabitants and, to some extent, regulate the population density and land use within the country. 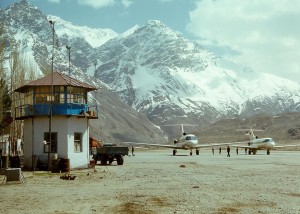 With regard to Khorugh, migration plays a key role in its expansion and development. Although the youth has a tendency to go to Russia, they do come back or send resources back to build new houses. As a result of remittances and new migration from rural areas, though still tiny, Khorugh is slowly expanding in many directions. One sign of this intense migration is that the gap, once existed between Khorugh and village Tem is now filled with newly built houses. The same is true about the gap between village Tem and village Proshinev.

Khorugh occupied headlines in July 2012 due to a government forces clash with guerrillas. Over 40 people, including 12 soldiers were killed (many reports indicated that the number of casualties could be higher). The country’s security forces moved in to arrest suspects in the murder of secret services General Abdullo Nazarov. The alleged criminals were linked to former guerrilla leader-turned-border patrol commander Tolib Ayombekov. Ayombekov is alleged to have been involved in drug trafficking and the smuggling of tobacco and precious stones for many years. Web-site of Khorugh town is http://khorog.tj 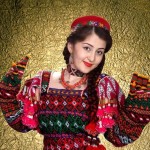 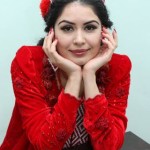 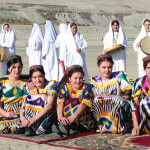 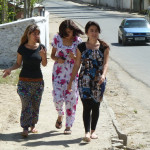 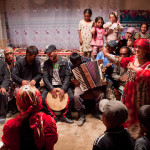 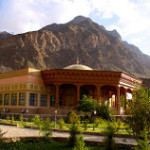 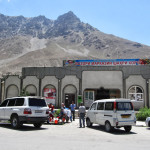 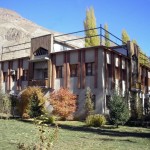 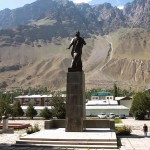 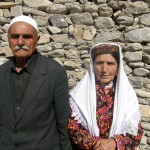 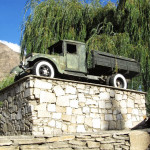 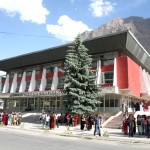 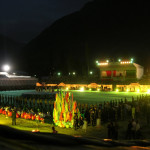 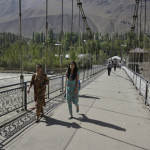 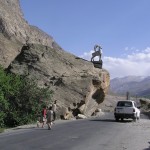 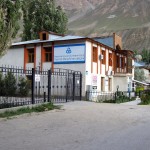