Kelin salom is a ritual of brides of the Central Asian countries that are carried out on the first and subsequent days to several days or weeks and even months, which is considered the most revered and beloved action. In other words, this expression is the greeting of the bride in relation to the parents of the groom, the groom himself, relatives, guests and other persons. The meaning of word “Salom” in English translates as “Healthy”. Thus, the bride greets all bowing several times (at least 3 times) and this can last up to several minutes (2-5 minutes). 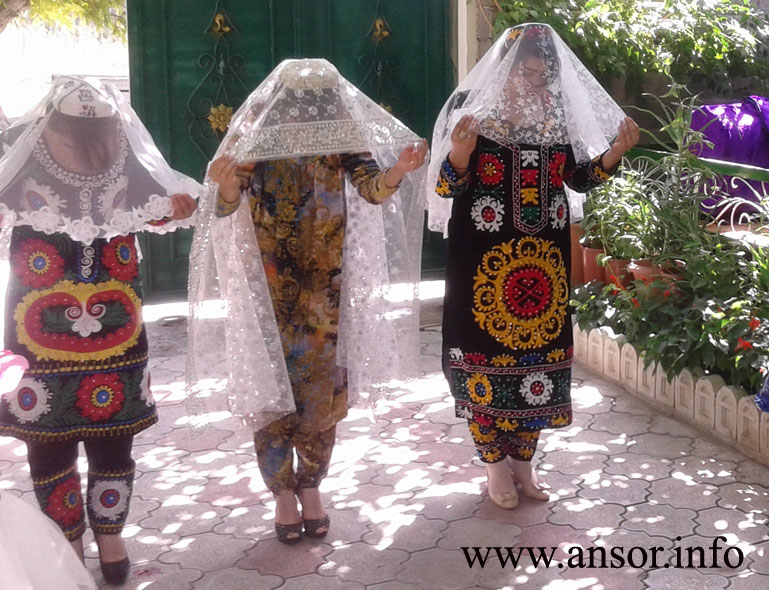 The ritual “kelin salom” is especially and solemnly held on the first day in the groom’s house when they return with the registry office. The bride enters the house bowing to everything that welcomes everyone, but the groom only keeps his right hand under his heart which also means a greeting. 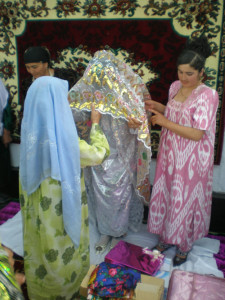 After the bride enters her house in a cozy place, they ceremoniously hold the ritual “Salom Salom kelin”. At this time, all the relatives of the groom come and give the bride gifts. In turn, the bride inclines to each and expresses her respect and respect.

This event is necessary for all women’s relatives to become familiar with the new daughter-in-law who became their relative. This event does not involve men.

To this cultural event was held solemnly and uniquely at this time the actors in the doira play and sing a special song called “Kelin salam salam er er er”. This music is very popular among the Uzbek and Tajik and Kyrgyz people.

Happy Holidays,
For example,
Hello, Greetings,
Greetings from the soul,
Accept Your Pets,
Give you peace.