Iskanderkul (Lake of Iskander)  – is one of the most beautiful lakes in Tajikistan. Located in the middle of the Hissar ridge Republic of Tajikistan, on the administrative territory of Ayni district (south-eastern). 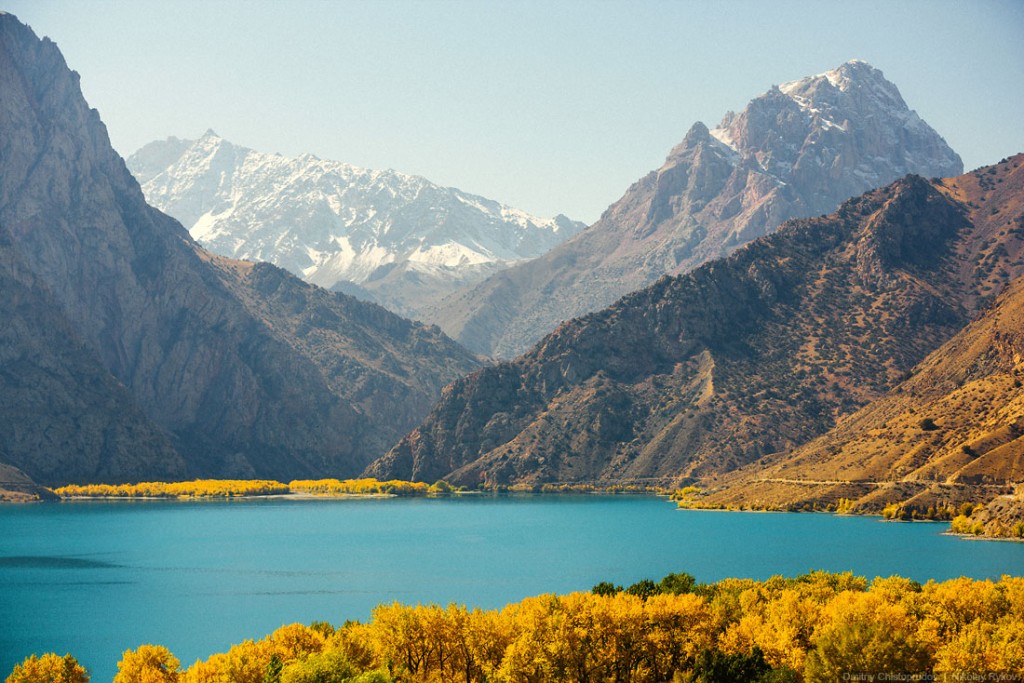 On the Tajik lanhuage lake referred to as “Iskandarkul” and it is named in honor of the Macedonian commander Alexander the Great (V century BC) is known in the literature as the Tajik Iskandari Zulkarnay (horned). According to popular legend, then he visited by Alexander the Great and his horse, but her horse drowned in the deep lake, and therefore the people and gave the name of this lake.

Lake Iskanderkul not just a lake and is one of the sights of the nature of Tajikistan and it is unique in that it is located in the Fann Mountains of the country is the most beautiful place in Tajikistan. The area in which is located the lake Iskander also has other attractions that Tajikistan is very beautiful and attractive for both domestic tourists and foreign.

Iskanderkul Lake is located at an altitude of 2194 meters above sea level with an area of 3.5 square kilometers. The lake is 2850 meters and width of 2780 meters and can greatly increase by 3-5% depending on the season. Iskanderkul depth is 71 meters. 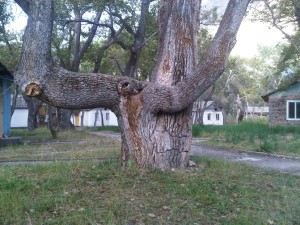 According to scientific theories of the lake formed by the earthquake that rocks blocked the water flow of the rivers. The geographic coordinates of Lake Iskander are as follows: 39 ° 04’28 “north latitude and 68 ° 22’06” east longitude. Some research fact predicted that supposedly lake earlier in antiquity had more height than now, because at the height of Bole 2270 and 2310 meters above sea level in the mountains around the lake, there are traces.

The water in the lake Iskander quite cool in summer and winter and it is risky to swim just as it lives with melting glaciers, which are located only a few kilometers away. The water temperature in the lake in the summer does not exceed 10 and the air 30 degrees Celsius. The lake water is constantly pure and mineral, and it is going to due to the inflow of 2 rivers: Saritagh (western) and Hazormech (eastern). Other sources tide odes are not permanent and are only streams. The lake is considered to be alive because it is leaking, that is the beginning of the river Iskander and near the lake (1,5 km.) It drops to a depth of 42 meters forming a large waterfall and then it is discharged into the river Fondarё, and she already gets into a major river Zarafshan . 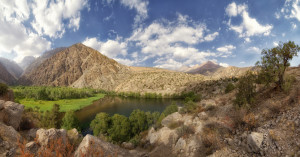 In the northern part of the lake Iskander is another small glacial lake called Morkul (Snake Lake) which is kind of dark, and it is likely similar to the place where many marsh reed thickets. Snake Lake is dead and called its inhabitants (the snake). The total area of the serpentine lake is 0.2 square kilometers (length of 215 m. And a width of 150 meters). The direct distance between the edges Iskanderkul and Snake Lake is 305 meters. The water temperature in it is higher than Iskanderkul.

In the north-eastern part of the lake Iskander located hostel with the infrastructure for tourists. The database has a large dining room, museum, catamarans, boats and boats for a walk along the sea. On the shore of the lake is located meteorological station Tajikhydromet and hydrological observation point, working round-year. Also, in the southern part of the lake has a helipad and a building for various activities of higher officials (president’s residence). Another remarkable fact is that the lake a constant and strong winds.

Here come the day hundreds of tourists and about 10% of them are Europeans. It is recommended to visit these lakes from May to August and explore the natural surroundings of the lake, within 2-3 days. The distance from Dushanbe to Iskanderkul by road is 135 km. it takes about 4-5 hours time to move on Transport. 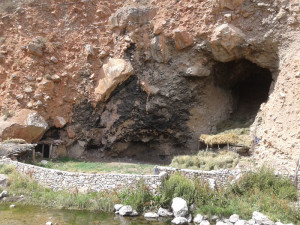 A hole in the mountain next to Lake 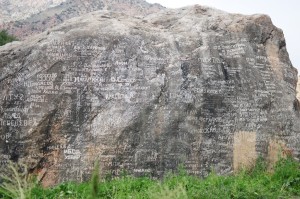 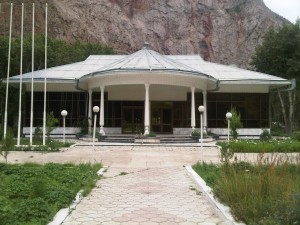 Residence of the President