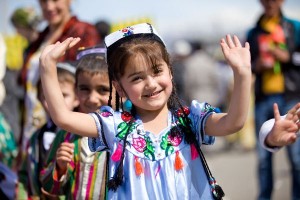 Children on holiday in Tajikistan

In Tajikistan, according to the legislation, there are 10 tons of festivals in which the population has a rest from 13 to 20 days, celebrating at the highest level, these special days with their characteristics.

For the settlement of the question of holidays in Tajikistan, adopted a law on “holidays” consists of 7 articles (last revised in 2012). In general, according to the law in Tajikistan there are 79 parties, 69 of which are conventional professional days or visiting specific areas. 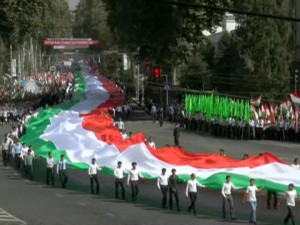 On the occasion of holidays on the initiative of the state bodies, public organizations and labor groups held events of social and political nature. Conducting holidays military parades, artillery salutes and fireworks in accordance with the legislation of the Republic of Tajikistan and in the manner determined by the Ministry of Defence of the Republic of Tajikistan.

Thus, the following days are holidays which are set off:

Videos describing the celebration of Navruz in Paris

List of all events and the specific days in Tajikistan:

Specific days solemnly marked in Tajikistan on the level of related persons only and not across Tajikistan.