Tajikistan is not a fish country, although it is considered the leader in terms of water resources among the countries of Central Asia and even among many countries in the world, in particular in terms of the number of rivers and lakes.

In total, about 65 species of fish live in rivers and special reservoirs for fish growing in Tajikistan. Only 10 species of fish are grown from private farms in which the following species are mainly found: White Cupid, Sazan, Sudak and Serpentine. 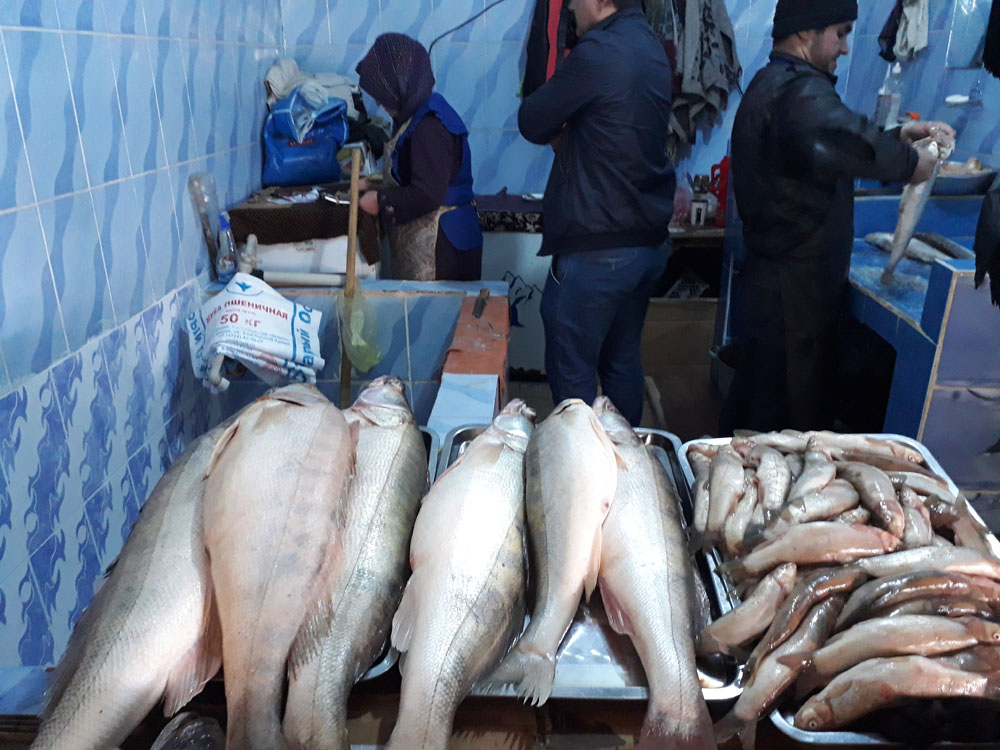 But sea frozen fish that are imported to Tajikistan 2-3 times more than produced in Tajikistan, and the price of them is about 30-50% cheaper. This factor also negatively affects the cultivation of fish in the territory of Tajikistan.

Season of catching fish in Tajikistan is considered to be autumn and winter, but in spring and summer it is practically forbidden by the state on the rivers to fish, as during this period fish reproduce and the price for them naturally increases.

The most expensive type of fish in Tajikistan is the “trout” price, which reaches up to 10 US dollars per 1 kg. and this kind of fish can only be found in the southern rivers of the country whose water is very clean.

The very cultivation of fish in Tajikistan is considered a profitable business and favorable for implementation. The people of Tajikistan are very fond of fish meat, but in connection with little profitability they do not often buy it.

Live fish in Tajikistan can be bought in large markets of major cities of the country, including in the markets of Dushanuye (Sahovat, Mekhgon, Ashan City, Yovar), Khujand, Kurgantyube, Kulyab, Penjikent, Khorog and Kanibadam. But in other cities and regions live and fresh river fish can hardly be found.

It should be noted that almost half of Tajikistan’s fresh fish are from the Syr Darya (the northern river of the Republic of Tatarstan) and 20-30% of the special reservoirs that are in the Khatlon region of the republic. The government does not particularly interfere in the industry in view of a number of reasons.