Chkalovsk – a city in the territory Bobodzhon Gafurov district of Sughd province of Tajikistan, formed in 1946, is the tiny town of Tajikistan which is located on an area of 423 hectares of land. 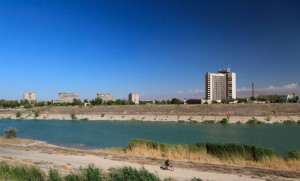 The population of the city of Chkalovsk in early 2016 amounted to almost 35 thousand. Man and gradually grows slowly.
The city is built for workers of the plant for the extraction of uranium has been found in the distant Soviet times. That uranium Chkalovks city was founded the first Soviet atomic bomb and launch the first nuclear reactor in the USSR.
In Soviet times, the city was a secret and closed because it had a high status importance for the whole of the Soviet Union and on the map designated as Leninabad 30 or 34. Today the city against the Soviet era has open access. Although after the collapse of the Soviet Union out of the city en masse went to the Russian people of the city that made up the bulk of the population (Russian), but today the city got its old strength and restored the previous 78% of the outflow.

The picture from the plane – City Chkalovsk

In the city of Chkalovsk is an airport, bus factory which today does not work, the factory of mining equipment and Refining plant and other enterprises whose number is only 20. There is an Orthodox church in honor of the Iberian Mother of God, belonging to Dushanbe diocese of the Russian Orthodox Church (Moscow Patriarchate) .

Map  of Chkalovsk City by the satellite

Chkalovsk City is located south of the city of Khujand is only at a distance of a few kilometers. From city center to city center Khujand Chkalovsk is 10 km away. The geographical coordinates of the city: 40 ° 14’19 “north latitude and 69 ° 41’48” east longitude. Diameter of the city is 3.5 km. and the height above sea level is an average of 425 meters.

Video of the city of Chkalovsk >>>

Childhood friends in the new quarter / Apartment for sale looking for

The main indicators of the city of Chkalovsk 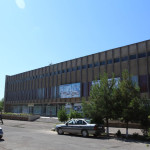 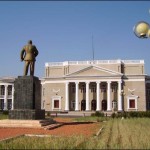 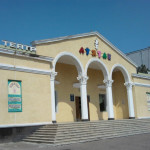