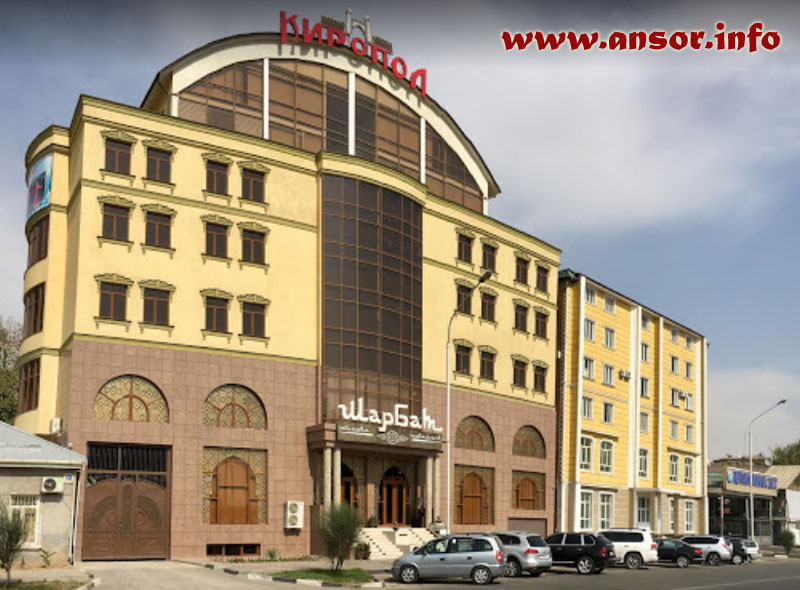 Photo of the building of the tea house “Sharbat”

Due to the fact that the road in which it is located is not very well known in the capital of Tajikistan, alas, does not give a high audience of visits. The building of the Sharbat Chaykhana is beautiful and built in the style of Asian architecture.

Sharbat works from 11 o’clock till 22:00 and in it basically offer national and European dishes (pilaf, shish kebab, soup, pelmeni, fish, chicken, fried meat, etc.). Among the best dishes that many people like is meat dishes. 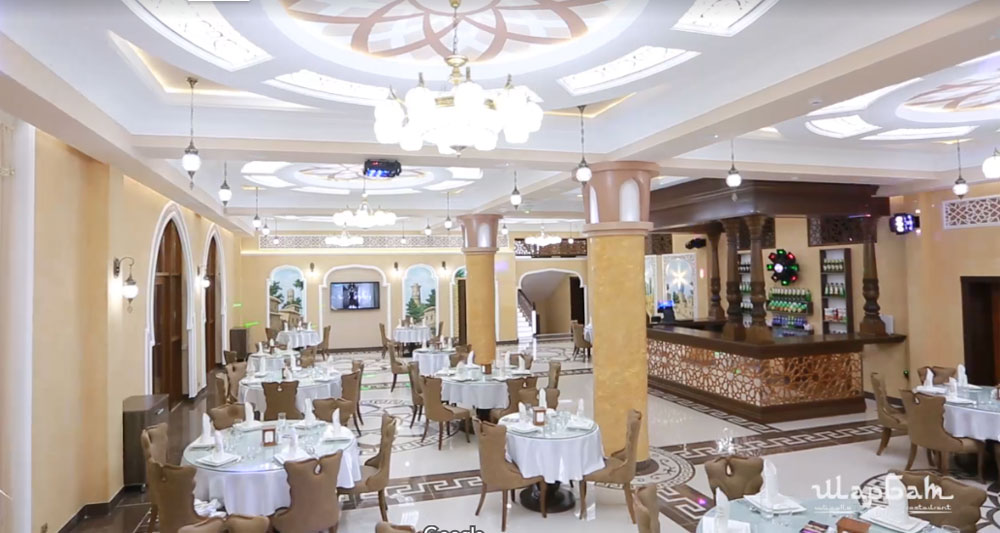 The restaurant has 2 large rooms in which it is also possible to hold large events for 300-400 people at a time. In the tea house “Sharbat” you can organize both weddings and corporate banquets.

There are also booths for meetings to have a delicious meal with druses. Fortunately they have live music and an open space is being built to sit at a table in the open sky in the summer. Prices are low and are considered affordable.

The service staff of the tea-house on the order responds promptly and executes qualitatively. Customers can park their cars near the restaurant right along the road. There is of course internet Wi Fi. 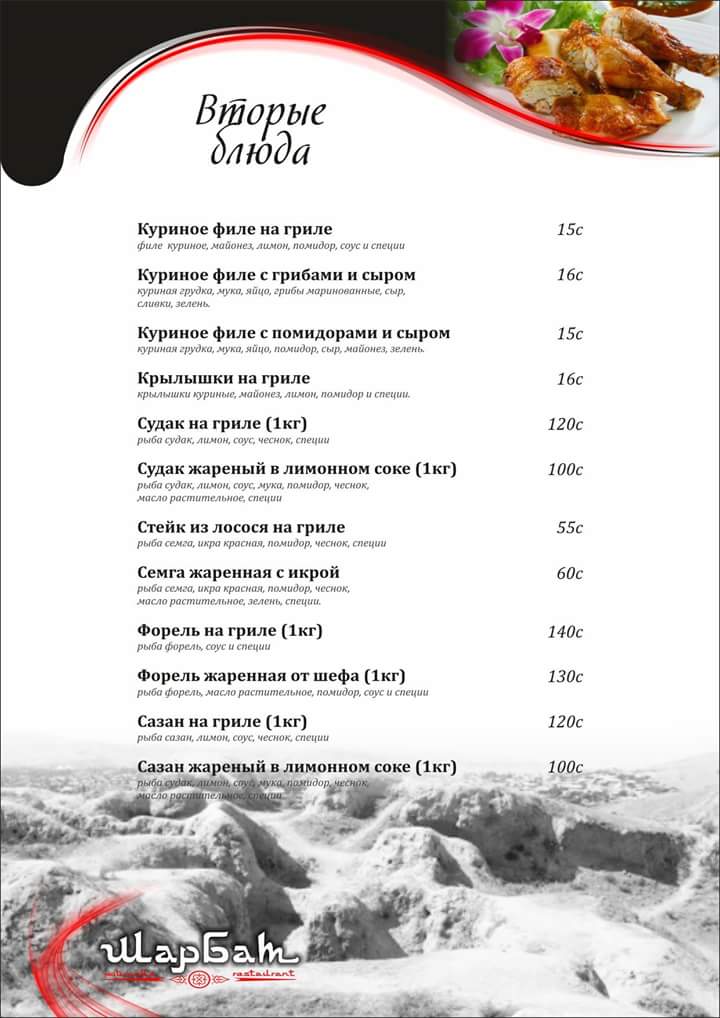 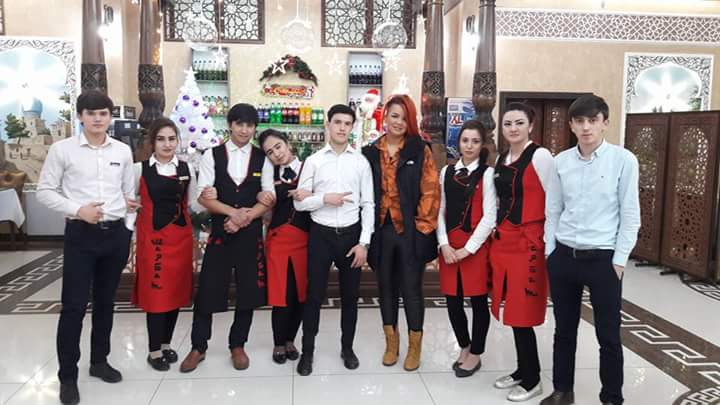 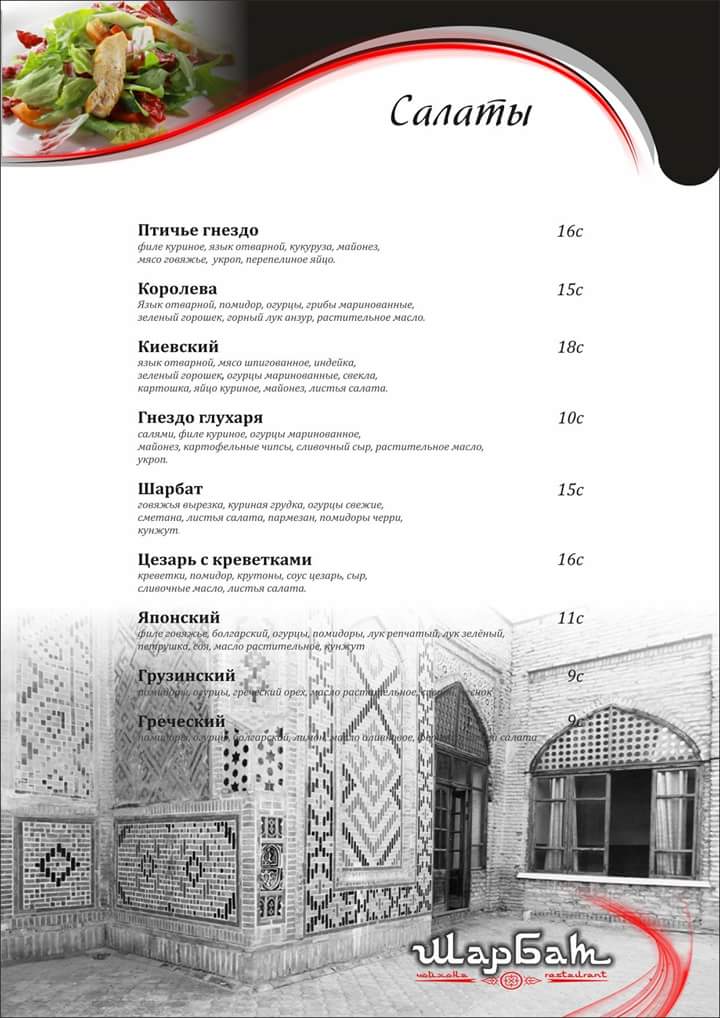 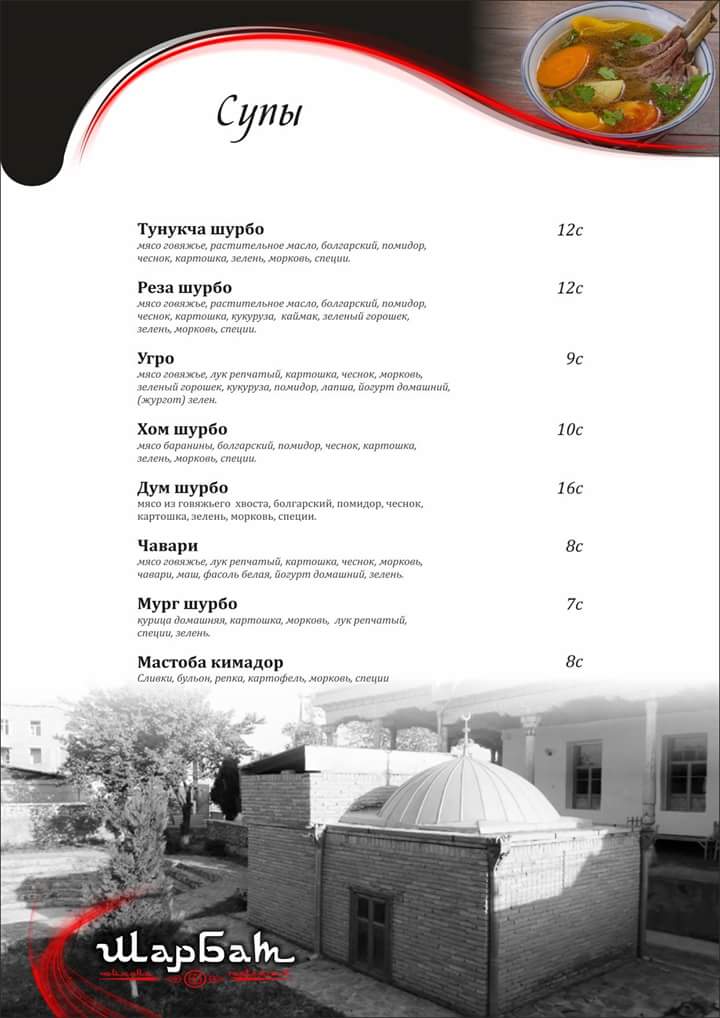