ATMs and terminals in the city of Dushanbe – the capital of Tajikistan are located according to discretion – the policies of each company or bank of the country. With the location of ATMs, special factors are taken into account, including the importance of the building, the status of the company, the population of the area, the applications of the organizations, acceptable analytical forecasts for points and others.

At present, ATMs of more than 8 banks are located in the city of Dushanbe and in the whole country, including Eschta Bank, Kazkommertsbank, Amonatbank, Agroinvestbank, SodirotBank, MDO Imon, MDO Humo and others. 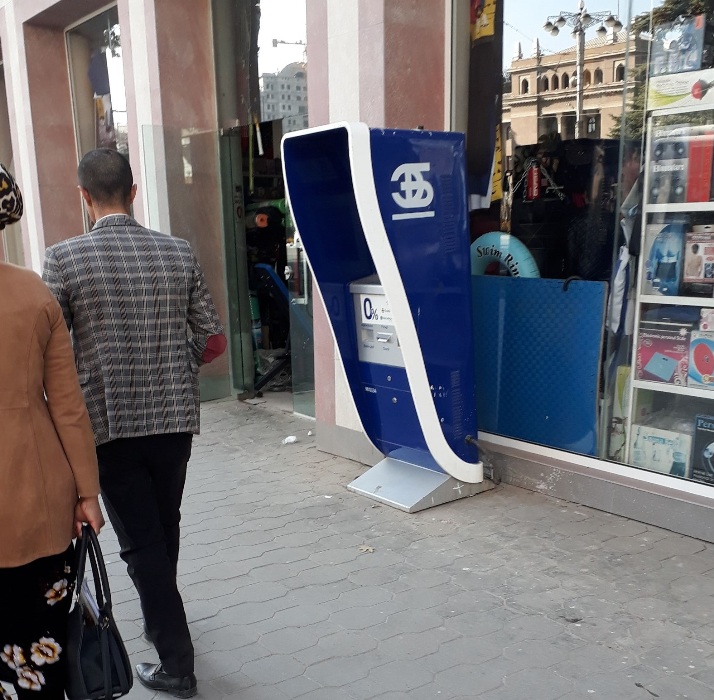 There are also a number of organizations that have established payment terminals for the city of Dushanbe, including Express Pei, InterExpress Pei, Asia Set and so on.

It should be said that among the banks there are also such terminals that also accept cash and their name is cash-in. With the help of cash machines, you can replenish your bank account, be it a card account (plastic-debit) or pay obligations and services. For example, with the help of ATMs, Bank Eskhata and TojiksodirotBank or Eamon International can replenish your account or pay off a loan before reaching the bank.

Among ATMs in Dushanbe or Tajikistan, the best are Kazkommertsbank and Eskhata Bank because the issue of cash in foreign currency is not a problem.

The worst ATMs belong to the banks of Agroinvestbank and Sodirotbank because in them since 2015 cash is constantly a problem. Most people – residents of Tajikistan are worried about the issue of where to find ATMs in Dushanbe to get cash from them using their plastic cards.

Many are interested to see the map of Dushanbe where the ATMs are located. But alas, there is no such special card. There is only a map of the location of Orienbank ATMs and, for example, Bana Eshata, which can be taken to the Google search engine or Maps.google.com

Know also that people are interested in the location of ATM terminals from which you can also get cash from plastic cards but they are in the branches and the CBO (Banking Service Centers) a number of banks.

But other categories of people are interested in the fact that where there are PVN and PTS. Because through these terminals you can buy goods and make a payment in a non-cash form. Such points are for example in Auchan City, Paikar TC, Waikiki, etc.

The connection with the fact that there is no single card of the ATMs of Tajikistan – Dushanbe, it is worth calling the appropriate banks to the issuers in their count centers or customer service departments – the plastic card department. The numbers are usually written on the back of the plastic cards. You can also find the address of ATMs in the country by asking local residents.

But one thing you can definitely recommend is that the ATMs are located in solid and crowded places including near Banks, Airport, Bus Station, Railway Station, large shopping centers, Surpermarkets, Hypermarkets, Government buildings including ministries and large companies, including cellular companies.