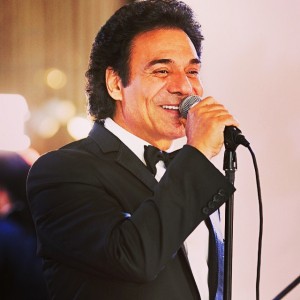 Andy (Andranik Madadian) – is the penname of a famous Persian singer from Iran, who was born in 22 April 1958 in the city of Tehran in a family of engineer (the road builder). Andy is a super star not only in Iran but also in Afghanistan, Armenia, Turkey, Tajikistan, Russia, America, India, Arab countries and other countries in the Middle East and Europe.

The Real full name of the singer “Andranik Madadian”. The word Madadian means that he’s from Madadian (Majidieh) — the town where he grew up. The popularity of Andy is on the level of Persian singers such as Mansur, Orash, Muine and Lailo. Andy is not only a singer but also a great musician and his works known in rock and pop. In his youth he studied and played the guitar and his mentor was Armik (world-renowned flamenco guitarist / composer).

Biography: In 1979, when Iran had revolution 6 children of Andy’s family moved to the United States for permanent residence and he continued his studies in music. It is by studying and mixing of Persian culture with American culture for Andy succeeded to capture the hearts of today’s youth who desired new styles of music. Andy sang his first song with his own music at 14-years and at 30-years has become famous all over the world. Celebrity for Andy provided the song “Dokhtare irooni” which translates as “Iranian girl”. In 1978, the singer released his first music CD. In the period 1985 to 1992, Andy was performing with his friend and guitarist Kurus and they had the name “Andy and Kurus”.

The best duet performance of these singers who both are Persians is the song “Hey duhtari sahra Nilufar” which translates as “The Girl in the field  named Nilufar”. In 11.11.2011 Andy married with a brown hair girl from the state of Arkansas (USA) named Shani Rigsby, and they live in Los Angeles. Andy and Shani more than 18 years were friends and supported each other in business, life and professional needs. Andy as in his youth still is full of love and sings his songs of love very cordial and romantic.

Thus the glory of Andy was to peak in the period of 1985 -1995 and he has multi-million fans and more than one hundred million of listeners. Andy’s  tours have been in Iran, Turkey, Dubai, Tajikistan, France, England, Armenia and many other countries. 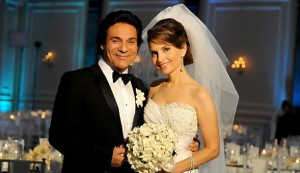 With his wife Shani 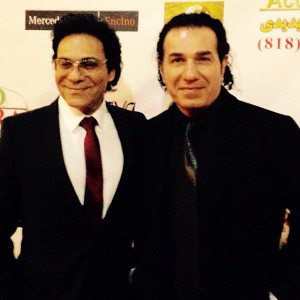 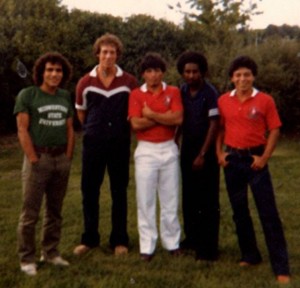 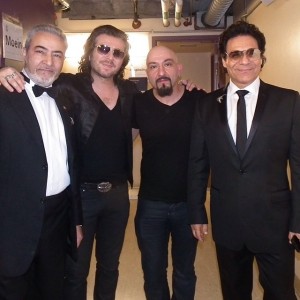